The 2019 election is over. The governing Liberal Party was reduced to a minority, albeit a strong one, while the Conservative Party and the Bloc Québécois made considerable gains. An NDP surge was expected from polling but did not materialize on election day, likely as a result of strategic voting, while the Green Party gained two seats and the new People’s Party was trounced, failing to win a single riding.

While Niagara’s ridings are equally split between Liberals and Conservatives, we don’t believe that necessarily leads to a lack of results for Niagara, or even to significant friction. Our MPs have consistently displayed a “Team Niagara” spirit and a willingness to work across party lines. One example would be when the United States levied unfair steel and aluminum tariffson Canada, hurting industries across the region. The GNCC met with MPs from both sides of the aisle on this issue, and all of Niagara’s representatives were solely focused on solving the problem rather than pointing fingers at each other. We are confident that this spirit will continue, and that all four of our MPs will work together to deliver results for Niagara.

The GNCC heard broad agreement across party lines for its platform in the run-up to the election, and we hope that agreement will turn into bipartisan action. MPs in Niagara should recognize that there is common ground, and common reason, for initiatives such as reinstating the visitor tax rebate, ending tax unfairness for family business succession, or lifting GST/HST on rental housing builds and renovations. We have also heard a common desire for infrastructure investment across Niagara, including better road and rail connections, and maximising the industrial potential of the Welland Canal.

The Conservative Party opposed the carbon tax, and although they expanded their presence in the House considerably, they will likely not have the support of the NDP in repealing it, so the tax is likely to remain in place at least until the next election. The GNCC has noted that a carbon tax is not necessarily anti-business, and can even reduce the regulatory burden if applied correctly. Conversely, the Liberals have said that the Trans Mountain pipeline is not on the table, but the NDP oppose it. Navigating between these two policies could prove difficult as a minority Liberal government would effectively rely on NDP support for one and Conservative support for the other.

The NDP has committed to lowering small business tax rates, while the pharmacare program they have made a pivotal part of their platform could actually save employers money if implemented in such a way that employers can cut drug plans from their benefits, with the party predicting that their plan, if implemented, would save employers an average of $600 per employee, per year. A Liberal government supported by the NDP, or even a formal coalition, could be productive.

Although the Conservatives now form the second-strongest party in the House, they are short of natural allies. Nevertheless, there are opportunities for work with other parties, and the NDP and the Conservatives could find themselves unlikely partners in, for example, holding the Liberal government to small business tax cuts or private-sector R&D investment.

It will be interesting to see what happens next, whether the Liberals opt for a formal coalition or, more likely, look to govern as a minority with ad-hoc support, whether any party decides that a change in leadership is warranted, and whether the NDP or the Bloc can leverage what might be a ‘kingmaker’ role into meaningful policy wins. The GNCC, however, will continue with its mission of business advocacy and non-partisanship, and has already begun the process of outreach to the winning candidates in support of policies that will help Niagara prosper. 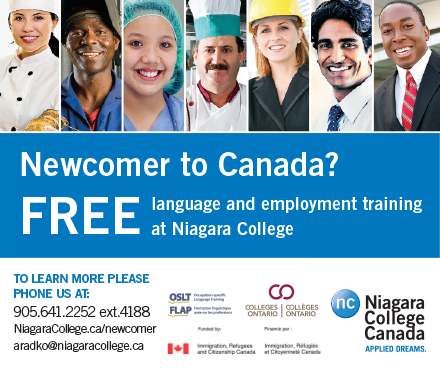