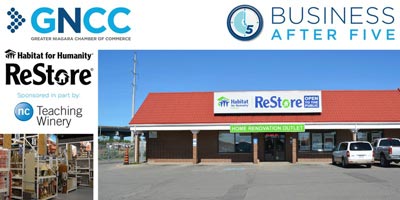 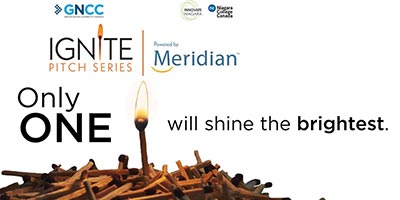 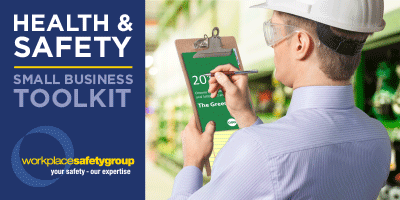 Health & Safety Small Business Toolkit Seminar
How to Understand and Use the OHSA (Green Book)
Tuesday, May 14, 2019
8:15am — 10:30am
Board Room, Greater Niagara Chamber of Commerce
80 King Street, Unit 3, St. Catharines 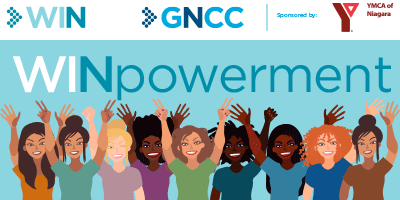 This is your chance to ask our experts anything! Only 36 spots available! 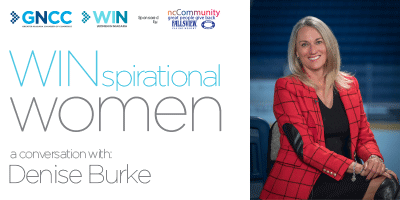 Join us as we celebrate business excellence in Niagara. Sponsored by Meridian Credit Union.

Please join us in welcoming the new members who joined in April 2019.

Do You Know the Employment Standards Act?

A Ministry of Labour representative will be on hand to review the new Restoring Ontario’s Competitiveness Act, as well as providing an overview and answering any questions of the existing ESA legislation.

enabling ideas® is hosting a free educational webinar on May 23rd called Leveraging VRIO. It will teach business leaders and owners on how to lead their management teams through the VRIO strategic planning tool and exercise.

Whether you are pursuing a growth opportunity or addressing a performance improvement issue, VRIO is a powerful tool to reveal and understand strategic advantage, expose your competitive vulnerabilities, determine where strategic investments are best spent or where you may be under invested to head off disruptors.

Starting this year, Niagara Workforce Planning Board’s quarterly Employment Prospects Series report has been updated to include more data, providing an overview of job opportunities in the Niagara region that require either no formal education/on-the-job training, a high school diploma, or a college diploma.

With this tool, NWPB aims to provide job coaches and employment service professionals with an additional resource when helping clients understand the job options that are available to them.

Wear red to get your community fed. That’s the message Project Share is promoting this month as part of a campaign which encourages participants to host dress down or spirit days, wear red, and collect donations of food or funds in support of the non-profit agency.

The donations will help Project Share stock up for the summer months when donations typically decline, though the need doesn’t. “Hunger doesn’t take a holiday,” said Pam Sharp, Project Share director of community engagement. “The need for our emergency food program is year round, and we really rely on our community to help us meet that need.”

When Alicia Lamb-Price died in 2010, her friends and family were there. Not just the few family members admitted during visiting hours of a hospital, but all of them, for the days leading up to her death. They lined the halls and rooms of Hospice Niagara’s Stabler Centre to see off the gregarious 25-year-old mother of one.

“She was literally the light that lit up a room,” said her sister, Amanda Lowry, who on Saturday continued a nine-year tradition of participating in Hike for Hospice, supporting Hospice Niagara. The event raised $112,000 for Hospice Niagara.

Sidewalk and Street Patios to Pop Up in Port Colborne

At least six eligible businesses in Port Colborne will have pop-up patios this year that will be allowed to extend on sidewalks and parking stalls during the warmer months. “Pop-up patios will encourage residents and visitors to come and enjoy the amazing restaurants, coffee shops and establishments we have here in Port Colborne,” said Mayor Bill Steele.

At the end of patio season, city staff will assess the project and make recommendations for moving forward in 2020. The city said businesses are allowed to operate the patios between May 1 and October 31.

The first day of the Niagara Folk Arts Festival was held Saturday at Robertson Hall on Church Street in St. Catharines. The festival kickoff included exhibits, fashion and dancing representing cultures from all over the world. The night concluded with Taste Oh Canada, a sampling of traditional Canadian food.

On Sunday the first of a series of open houses at cultural centres was sponsored by the Islamic Society of St. Catharines, at the Masjid An-Noor mosque on Geneva Street. The festival continues through May.

Two years ago, Adam Cook was looking for a way to honour his dad, Jan, who died in 2016. He thought he could stage a memorial event of some kind. He and Kay Meilleur, marketing director for Meridian Centre, talked it over. She made a suggestion, he liked it, and they were off to the races.

On Saturday, they raised more than $60,000 for local charities through Niagara Derby Day — the memorial to Jan Cook that is part fashion show and party, part Kentucky Derby celebration. The $60,000 collected this year will go toward Family and Children’s Services Niagara, Niagara Children’s Centre and Community Care.

St. Catharines Standard journalist Grant LaFleche’s reporting in the All the Chair’s Men series was recognized as Canada’s best — two times — over the weekend. Saturday at the Canadian Association of Journalists convention in Winnipeg, LaFleche won in the community media category for his investigative work that uncovered wrongdoing among senior staff at Niagara Region.

The night before at the National Newspaper Awards ceremony in Toronto, LaFleche received the George Brown Award for Investigations, for the same series. Last month at the Ontario Newspaper Awards, LaFleche was named the province’s top journalist of 2018, and also won the enterprise reporting prize.