‘Real ale’ enthusiasts can now savour the flavours of a new cask-conditioned beer every week at Silversmith Brewing Company, thanks to a new partnership with the Niagara College Teaching Brewery. 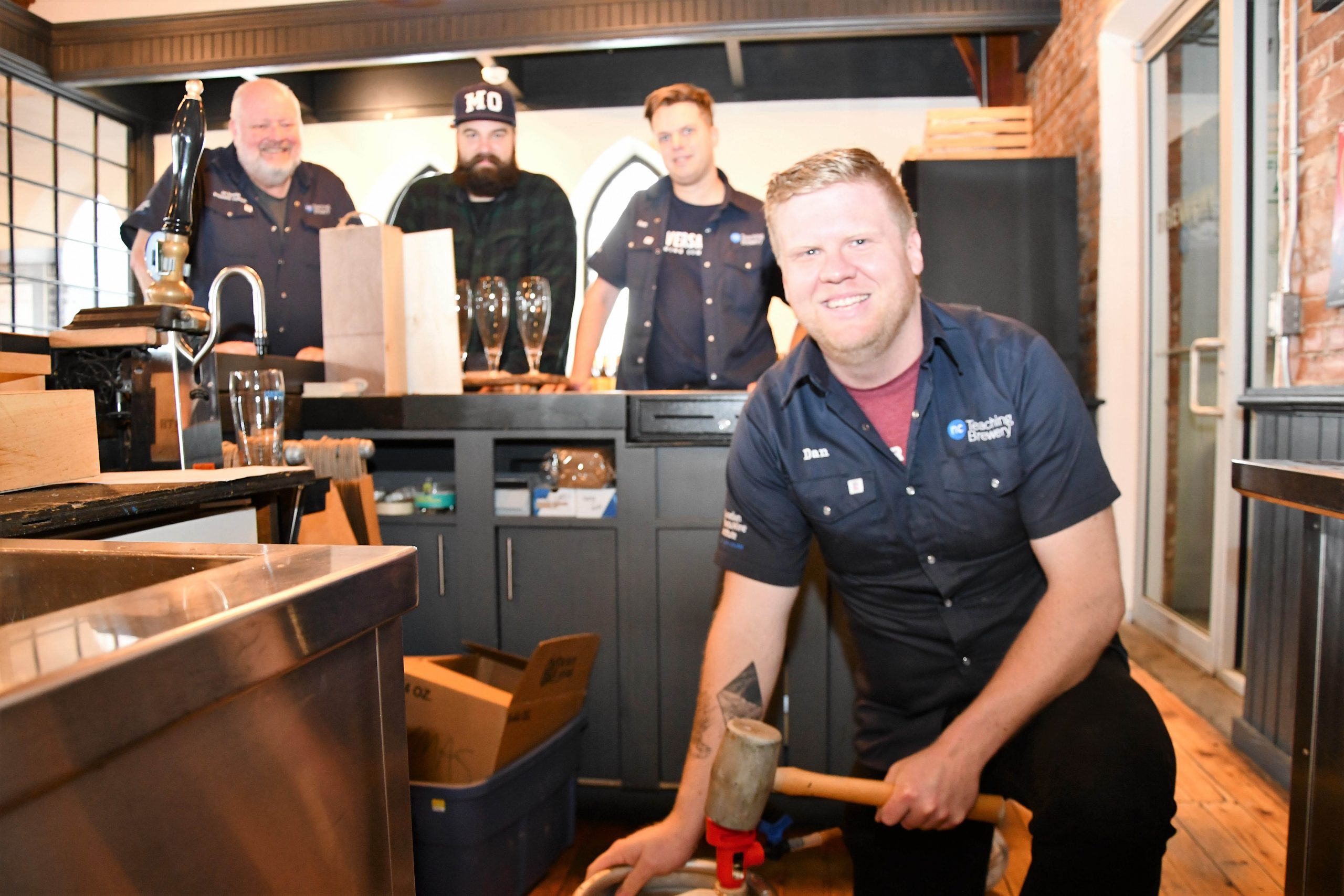 The fresh, all-natural cask beers are designed and brewed locally at the College’s Teaching Brewery in Niagara-on-the-Lake by third-semester Brewmaster students – all using hops from NC’s on-campus hop yard. Each Monday, a new cask is delivered to Silversmith to be tapped and ready to enjoy by Tuesday.

“As part of Niagara region’s tourism area for food, wine and drink, we believe it’s important to support Niagara College and its Teaching Brewery – which is the first of only two brewing schools in Canada,” said Ben Goerzen, marketing and communications, Silversmith Brewing Company. “We’re proud that this is the first partnership of its kind in Niagara and we’ve had a great response. Every week, the featured cask beer sells out well before the next one comes in.”

“We thank Silversmith for their tremendous support for beer education at Niagara College through this monumental new partnership,” said Steve Gill, general manager of the College’s Learning Enterprises. “It not only validates the quality of student-created products made on campus at our Teaching Brewery, but boosts public exposure for our students and the products they create through their applied learning experience at NC.”

The idea stemmed from NC Brewmaster student Ian Evans who works part-time at Silversmith as a tour guide and server. Passionate about cask beer, Evans approached his employer about the possibility of featuring them more frequently, and suggested they offer Niagara College beers.

“They loved the idea,” he said.

Evans’ beer Sherlock’s Cap – a British-style brown ale he created for his third semester Target Brew project – was the first NC cask beer featured at Silversmith in early November. It sold out in three days. 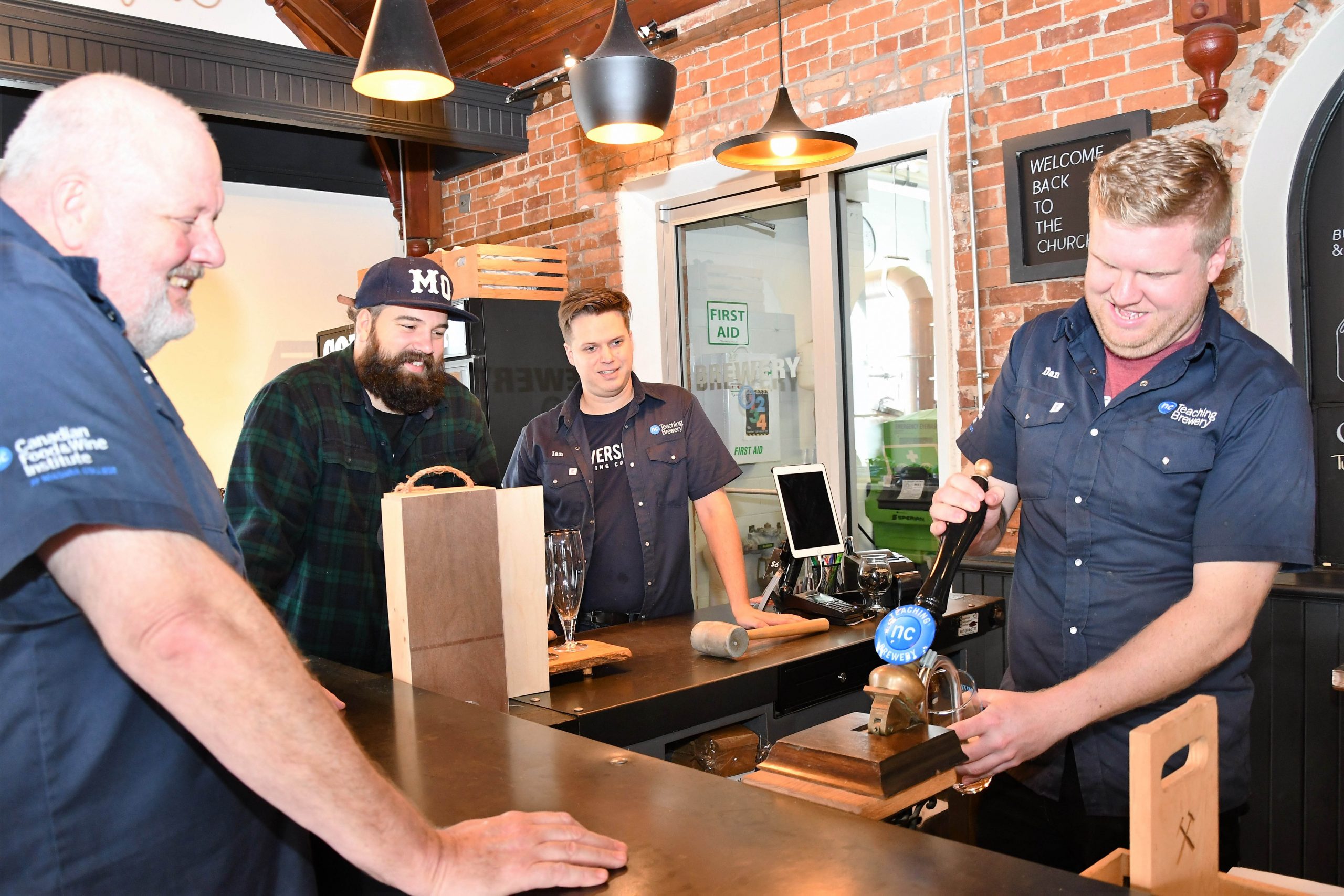 “I’m excited that all term three students will now have a chance to do this. It’s really cool to get feedback from the wide range of people enjoying a pint of it at Silversmith, and from the servers and brewers as well, in addition to my peers at the College,” said Evans. “When I talk to my regulars at Silversmith, they always want to know about the next cask beer that’s coming up.”

“I didn’t expect to see a beer that I created available anytime soon at my favourite brewery,” said Clark. “We learned about cask beer in class, but to actually get to do it for a brewery like Silversmith is really cool because it gives us an opportunity to get our beers out there for more people to try.”

Brewmaster professor Jon Downing noted that the prospect of coming up with 52 different casks a year for a local brewery may have seemed daunting when they were first approached by Silversmith about the idea but it aligned perfectly with what students in the third semester of the program are learning.

As part of their Target Brew project, all 18 third-semester students are required to create a competition-style beer for the Canadian Brewing Awards, brewed according to CBA guidelines. While the Target Brews are typically put into kegs and cans and sold at the Teaching Brewery under its Small Batch Beer label, now most of the 64 Target Brews created each year will also be cask-conditioned for Silversmith – a process which adds sugar and yeast to give the beer a natural carbonation and distinct flavour.

“For many of our students, it is the first beer they are designing,” said Downing. “This is a valuable opportunity for them to apply their learning to create cask beers from their Target Brew projects and have them enjoyed by the public.”

While the students have been learning about cask beer in the program, Downing noted that there was little demand for casks when the Teaching Brewery began offering them five years ago, but they seem to be getting more popular.

“Many didn’t have the facilities or the tap, didn’t know how to look after it or didn’t think it could sell fast enough so we stopped,” he said. “Now, there are cask festivals with thousands of people showing up and hundreds of different beers on cask.

“For me, it’s the best style of beer no matter what variety or style. It’s always fresh, always naturally carbonated.”

“As a consumer, you get to try different beers more often with cask beer and it’s a different way to experience beer,” he said. “As a brewery, cask beers allow us to experiment in a small batch format and it might actually make its way to a new beer in the future.”

NC’s Brewmaster and Brewery Operations Management program was launched in 2010 as the first of its kind in Canada. The award-winning, two-year program offers extensive hands-on training at an on-site, state-of-the-art Teaching Brewery to prepare students for employment in the expanding brewery, microbrewery and brewpub industries. Located at NC’s Daniel J. Patterson Campus in Niagara-on-the-Lake, students learn from award-winning faculty and have access to on-site hop yard and local farm products to brew a full range of beer styles. Visitncteachingbrewery.ca