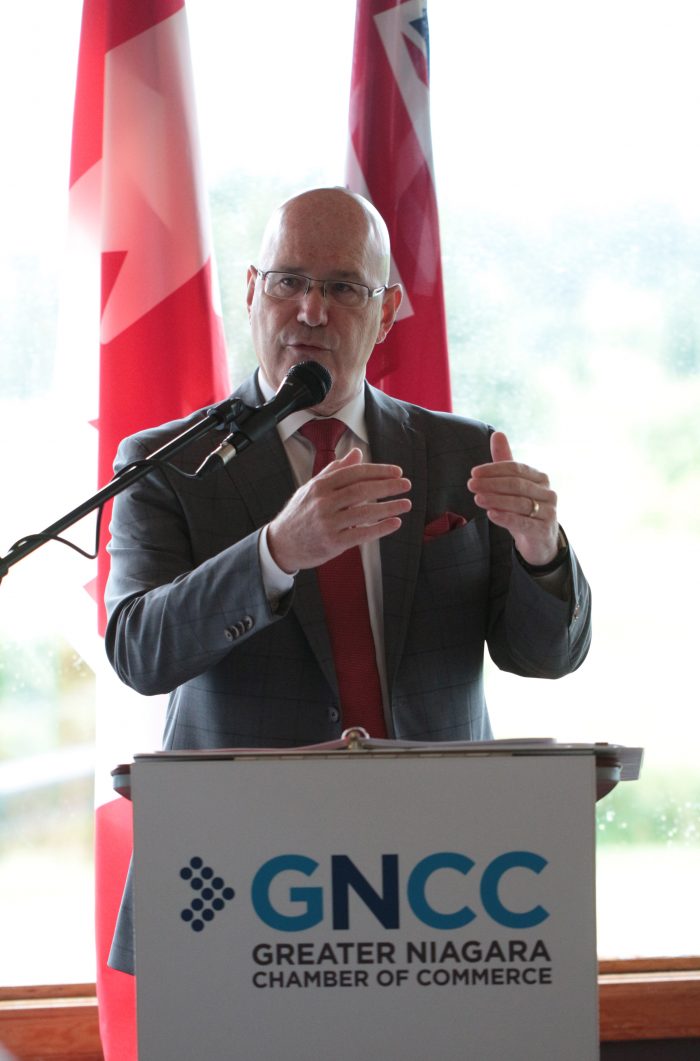 Ontario residents will have 90 days to comment on changes to Ontario’s land-use policies which, according to Municipal Affairs Minister Steve Clark, will create more housing stock in the province.

Clark announced the consultation during a speech at a Great Niagara Chamber of Commerce breakfast at Rockway Vineyards in St. Catharines Monday morning.

Clark said policy changes are intended to speed up the construction of homes — with an emphasis on increasing the variety of options for buyers and renters — to help alleviate Ontario’s housing crisis and lower costs.

He said changes to the provincial policy statement will be “in line” with existing environmental regulations, including those that protect the Greenbelt and Ontario’s agricultural sector.

The provincial Tories faced intense criticism during the last provincial election when news reports revealed that Premier Doug Ford was considering allowing development on the Greenbelt.

In an interview with The Standard following his speech, Clark said there no plans to expand development into the Greenbelt.

He also said it places an emphasis on housing built near transit stations.

Municipalities are required to align their land-use bylaws with the provincial policy statement, so whatever changes are instituted by Queen’s Park will impact communities across Ontario.

“The provincial policy statement has to be one that works for communities and works for that more supply, more choice that we are aiming for,” Clark said.

The minister said he will measure the success of the plan in three years “by the number of shovels in the ground.”

The public will have until Oct. 21 to provide comment on the proposed policy changes. Changes to the policy statement, with a link for commentary, can be found online at the provincial environmental registry.

Comments can be made by email at planningconsultation@ontario.ca. Feedback can also be made in writing to: Provincial Policy Statement Review, Ministry of Municipal Affairs and Housing, Provincial Planning Policy Branch, 777 Bay St., 13th Floor, Toronto, M5G 2E5.

“We need to make sure there is a variety of options across the province,” Clark said.