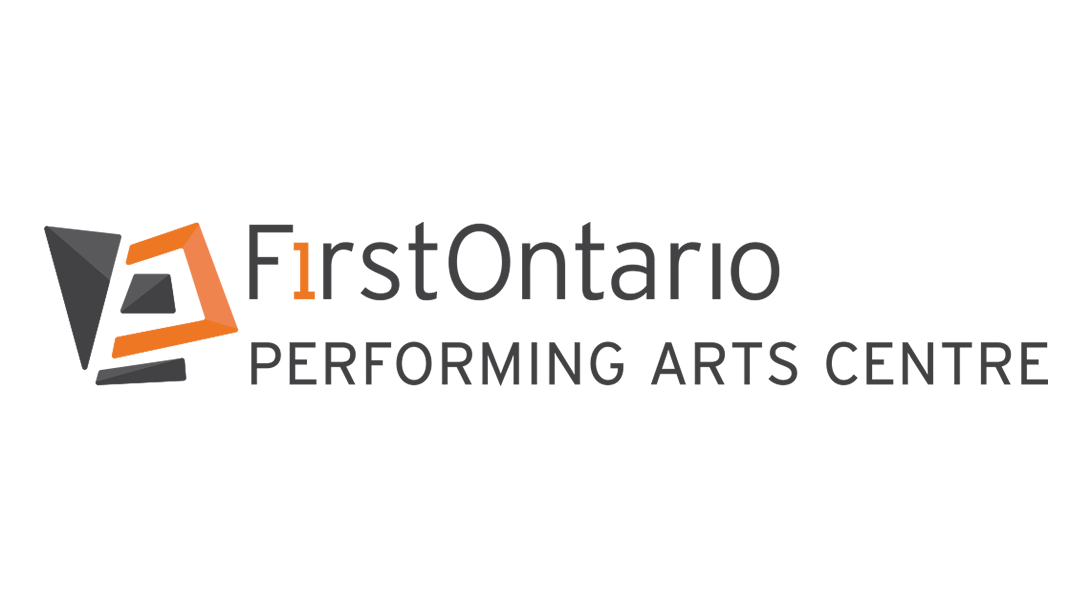 Community is at the heart of everything we do at the FirstOntario Performing Arts Centre. Though unable able to gather in our beautiful venues, we are proud to share upcoming virtual collaborations with many of the local social service and arts organizations that are championing a brighter collective future for Niagara.

Thursday’s #NiagaraPerforms will continue to feature the work of community organizations and kicks off tonight, Thursday 23 July at 7pm, with a special performance and conversation presented by Brock University’s Student Justice Centre and Human Rights and Equity.

“This is a time of flux in our community and we are determined to find ways to be in conversation with one another, to ask ourselves and each other how to be good neighbours, good allies and good citizens,” says Annie Wilson, Programming Supervisor.

The FirstOntario PAC is proud to partner with Matter of Black, BlackOwned905 and other local community leaders and organizations on a virtual edition of #EmancipationDaySTC Celebrations that is intended to bring back a piece of history that once celebrated Black culture and united St. Catharines and beyond. The program will begin on Thursday 30 July with Local Reflections on Racism Speakers Series, presented as part of a long-term partnership commitment between the PAC and the Niagara Folk Arts Multicultural Centre and Niagara Region Anti-Racism Association. 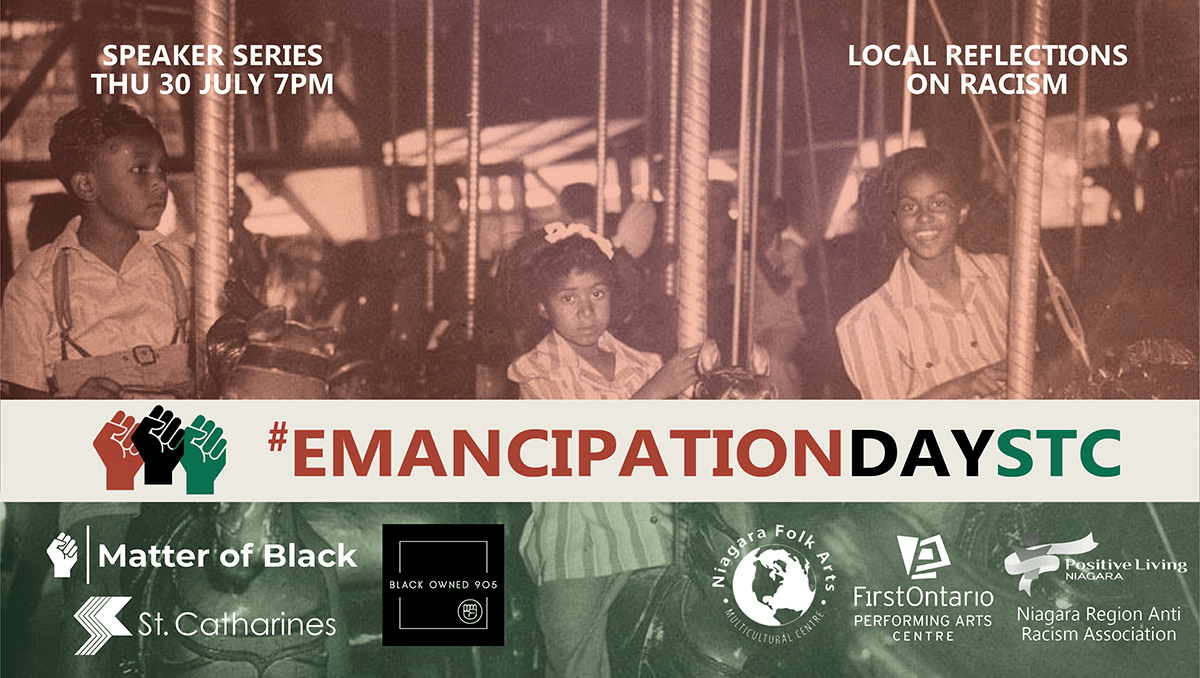 “The FirstOntario Performing Arts Centre is committed to amplifying and supporting the work of Black, Indigenous and People of Colour artists, businesses and organizations through action. We are committed to prioritizing the eradication of racism with specific actions through partnerships like this, that promote inclusivity, equity, accessibility and that foster and celebrate diversity,” says Colleen Smith, Executive Director of the FirstOntario PAC.

The full #EmancipationDaySTC weekend includes a robust program of speakers, films and performances and will feature a virtual market of Black owned businesses. 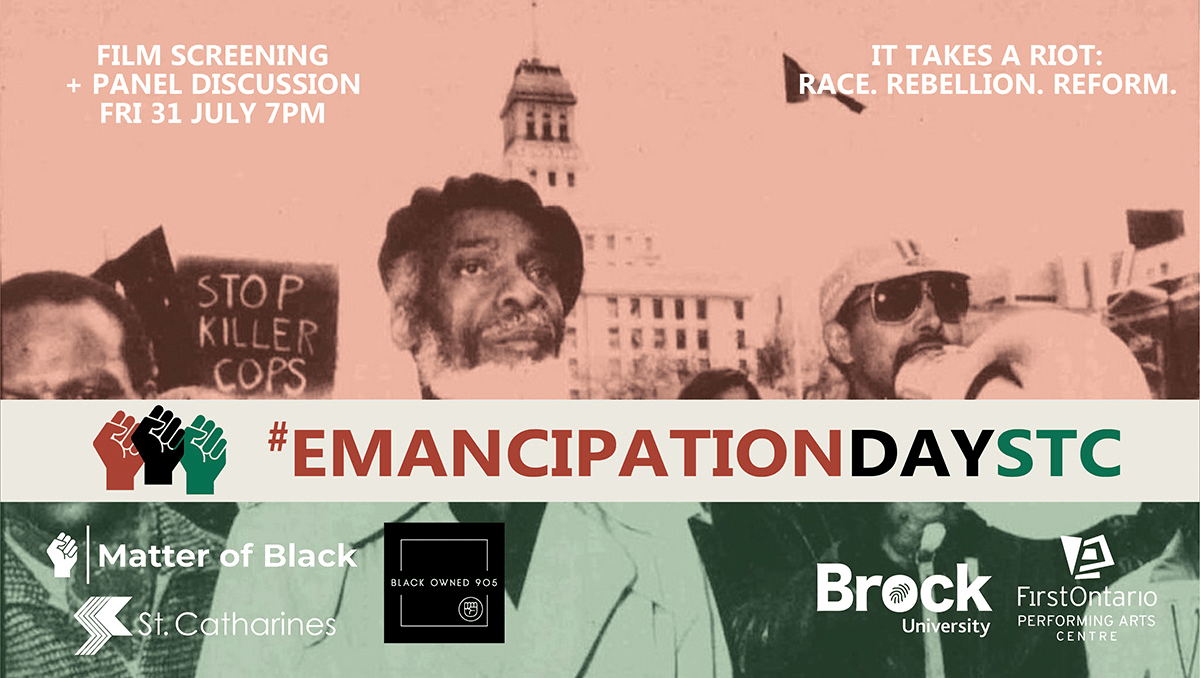 The Emancipation Day celebration caps off Sunday 2 August at 7pm with a live streamed performance by the legendary local masters of funk/soul/Motown Leroy Emmanuel and the LMT Connection from Partridge Hall as part of #NiagaraPerforms.

The full #EmancipationDaySTC programming will be released on Tuesday 28 July and can be found at FirstOntarioPAC.ca

Thursday 23 July, 7pm – Brock University’s Student Justice, Human Rights and Equity
Join us for a collaborative evening of music, poetry and stimulating discussion featuring local performers J-Marsh, Jasmine Whyte and D’Scribe and an after-show panel with the artists facilitated by author and HRE’s own Intercultural Communications Coordinator Trecia McLennon. This event explores the connections between art, activism, race, gender, sexuality and the importance of performance in expression, liberation, and social transformation.

Thursday 20 August, 7pm – Earth Song Teachings
Edgar and Karl from the Fort Erie Native Friendship Centre cultural team present a family friendly evening of fun and learning about the rich history of the social songs of the Haudenosaunee.

The FirstOntario PAC’s #NiagaraPerforms online series features live concerts from Niagara musicians every Sunday at 7pm and content from community partners every Thursday at 7pm. Live and interactive performances will be available for viewing through the FirstOntario Performing Arts Centre’s website, Facebook page and YouTube channel. The performances will also be rebroadcasted on Cogeco’s YourTV Niagara.