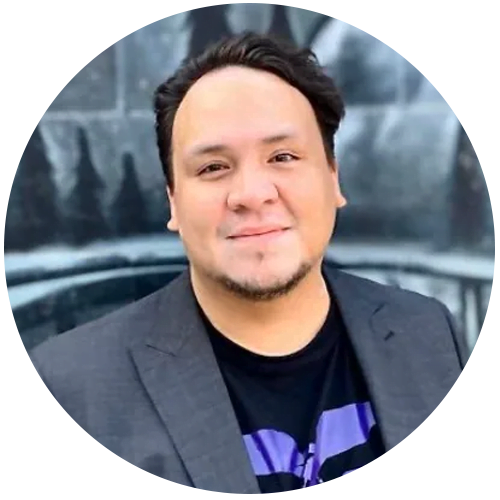 Sean Vanderklis is a journalist who co-founded the One Dish, One Mic podcast and is the current host of CBC Radio One’s Superior Morning show. For his work with One Dish, One Mic, Sean was the recipient of the 2020 CJF-CBC Indigenous Journalism Fellowships.

Sean has a passion and desire to create change, and serves as the Vice-President of the Niagara Regional Native Centre Board of Directors and on the St. Catharines Equity and Inclusion committee. He is also a member of the National Advisory Committee to the Aboriginal Fire Fighters Association of Canada, now known as The National Indigenous Fire Safety Council
Indigenous flagship radio program, Unreserved.

When Sean is not working, he can also be seen on the Pow Wow trail. Sean is a Grass Dancer and frequently participates in Pow Wows province-wide. In the off-season, Sean often presents with two educational, cultural groups; Ohnia:kara and White Pine Dancers.