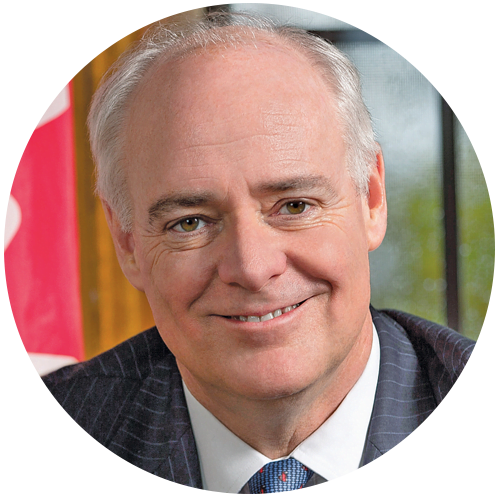 The Honourable Perrin Beatty is the president and chief executive officer (CEO) of the 200,000-member Canadian Chamber of Commerce, Canada’s largest and most representative national business association. Perrin is the principal spokesperson advocating the policy positions of the chamber’s members to the federal government, international organizations, the media and the general public. Prior to joining the Canadian Chamber in August 2007, Perrin was the president and chief executive officer of Canadian Manufacturers & Exporters (CME).

A descendant of one of Canada’s most prominent manufacturing families, Perrin grew up in Fergus, Ontario and graduated from the University of Western Ontario in 1971. In 1972, he was elected to the House of Commons as a Progressive Conservative, and in 1979 he was appointed Minister of State (Treasury Board) in the government of Joe Clark. He held six additional portfolios in subsequent Progressive Conservative governments, including National Revenue in 1984, Solicitor General in 1985, National Defence in 1986, Health and Welfare in 1989, Communications in 1991, and Secretary of State for External Affairs in 1993.