Two inspiring speakers, one top scholar, and 1,700 new graduates were in the spotlight on June 21 as Niagara College marked day two of its Spring Convocation Ceremonies. 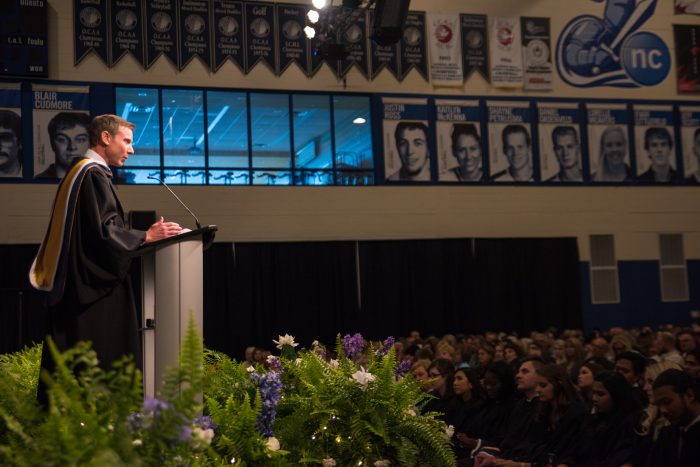 Graduates from the School of Business Management Studies, and School of Environmental and Horticultural Studies had an opportunity to hear from a Niagara success story John Ferguson, president and CEO of Purolator Canada, at the afternoon ceremony. Ferguson, who was born and raised in Fort Erie, told graduates it has been exactly 30 years since his own graduation.

“Thirty years ago, I was sitting exactly where you are now, with no idea that I would lead a company the size of Purolator,” he said. “If I can do this, it’s entirely possible that you will too.”

Ferguson shared guiding principles that he has learned throughout his career with the new grads.

“Class of 2017, you are starting your careers at such an exciting time. You have the education, the knowledge and the ability to do almost anything, anywhere in the world, in any industry,” he said. “Think big, be bold, create your networks, build relationships, stay true to your values, and don’t ever stop trying. Do this and amazing things will happen.” 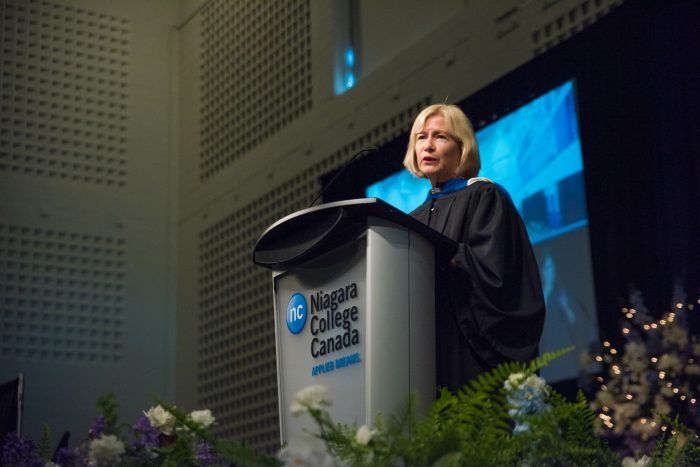 At the morning ceremony, former deputy minister, Ontario Public Service, Deborah Newman, who is currently a distinguished visiting professor at Ryerson University, addressed new graduates from the School of Academic and Liberal Studies, and the School of Justice and Fitness Studies. She encouraged grads to “dream big,” sharing her own career journey, from the front lines of correctional services as a probation and parole officer, all the way up the ranks to the high office of deputy minister.

“Anything is possible if you have bold dreams, opportunity, passion and determination,” she said.

Her advice to the new graduates: treat others with kindness and compassion; be an agent for change by embracingdiversity and inclusion; and don’t shut out those who hold a different point of view that your own.

“Your education gives you more than knowledge. It gives you the power to improve your life and the lives of others,” she said.

Both guest speakers received an Honorary Bachelor of Applied Studies. 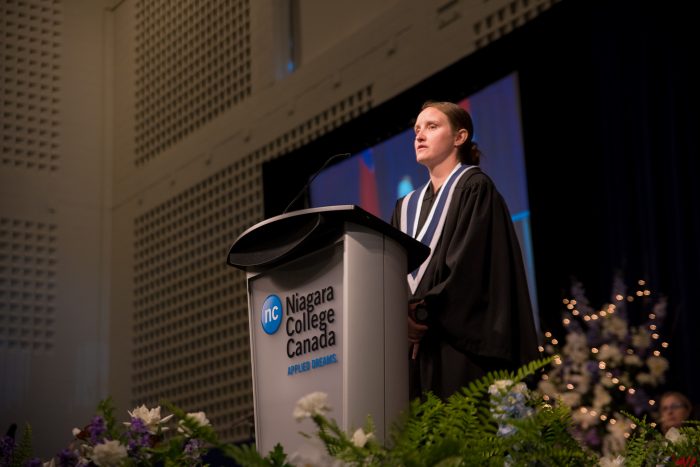 The College’s top student Paige MacPherson, who achieved a 97.86% grade-point average, received the prestigious Governor General’s Academic Medal during the morning ceremony. MacPherson, who graduated from the Police Foundations – Advanced Standing program said she was honoured to receive the award.

“I am so glad that I took the chance, overcame my fears of leaving good things behind and came out here to NC to further my goal of becoming a police officer. I found a place that was welcoming and a program that I was so interested in,” she said. “For me, that interest made all the difference in the world for being successful in my studies. My motivation helped me to engage fully in every aspect of my experience here at NC.”

This year’s convocation ceremonies have special significance as the College celebrates its 50th anniversary. More than 4,600 students will graduate from the College, during four days of ceremonies from June 20 to June 23 at the Welland Campus.

NC kicked off its Spring Convocation on June 20. Upcoming ceremonies will include a roster of distinguished speakers: