A pilot Conservative project to loan money to help skilled immigrants land jobs in their field could be revived as a permanent program under the Liberal government.

One of the biggest barriers for newly arrived doctors, dentists, engineers and high-tech professionals is coming up with the cash to pay for the required licensing fees, exams and training upgrades.

Proponents say micro loans speed up the process and pay off big time for the federal treasury, yet they can’t keep up with a demand that will likely grow with the Liberal government’s plan to welcome more economic immigrants to the country in 2017.

Jean-Bruno Villeneuve, spokesperson for Patty Hajdu, the minister of employment, workforce development and labour, said a three-year pilot that was launched in 2011 under the Conservatives demonstrated that loans sped up the credential recognition process, led to a 47-per-cent increase in full-time employment and eased reliance on government income assistance.

“We were very pleased with the results of the pilot, and we’re working hard on a framework for a more permanent policy,” he told CBC News.

A spokesperson for Finance Minister Bill Morneau would not say if a new foreign credentials loan program would be included in this year’s budget.

The Conservative government earmarked $35 million over five years to make the Foreign Credential Recognition Loans program permanent in the 2015 budget, but it was never implemented due to the election. Then-prime minister Stephen Harper had also promised to more than double that figure during the 2015 campaign by adding an extra $40 million over five years.

Herb Emery, a labour market economist at the University of New Brunswick, said loans to help immigrants overcome the up-front financial hurdle have a big net payoff in federal revenue.

“When these immigrants are taken out of low-skill jobs and converted into high-paying ones, the impact on the federal treasury is huge,” he said. “They recoup any costs they put into it in the first year alone, and from then on it’s basically pure profit for the treasury.”

Emery said immigrants often have no access to credit or bank loans — what he calls a “pervasive market failure.” That leaves newcomers unemployed or working in low-paid jobs just scraping to get by. 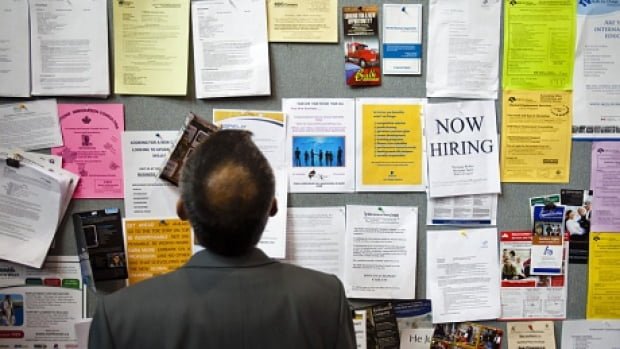 Many skilled immigrants wind up unemployed or working in low-paying jobs because of the financial barrier to earning their foreign recognition credentials. (CBC)

“We’re doing a horrible job in that we bring very high human capital individuals to Canada, then we throw away their potential by not letting them work in what they are trained and educated to do,” he said.

There are several programs in Canada offering micro loans between $5,000 and $15,000, with some receiving operating funding contributions from the federal government and the provinces.

One of the programs Emery has reviewed favourably is the Calgary-based Immigrant Access Fund (IAF), which grants loans to immigrants across the country. Dianne Fehr, vice-president of stakeholder relations, said it needs millions more in federal funding to keep up with a growing demand.

Fehr said even a few thousand dollars is a “significant barrier” for many immigrants who are unemployed or working at “survival” jobs like fast food restaurants or taxi and ride-booking services.

In a pre-budget submission to the Commons finance committee, she requested a three-year commitment of $24.8 million that includes loan capital investment, operating costs and infrastructure.

Right now, the program is facing a growing demand for loans with decreased operating funds from the federal and Alberta governments.

She pointed to a high success rate, with 75 per cent of recipients completing their learning plan and more than 97 per cent of the loans repaid with modest interest.

One recipient was Egypt-born Omar Eladl of Calgary, who earned $12 an hour as a security guard while working to get his credentials as a pharmacist to meet Canadian standards. He had to squeeze in 1,000 unpaid hours in the field while supporting his family and faced the considerable costs of travel, materials and exam fees.

“All of these were real challenges for me,” he said.

A micro loan of $5,000 helped him speed up the process. When he was able to work as a pharmacist last year, three years after he arrived in Canada, his salary more than tripled.

The federal, provincial and territorial governments have agreed to a framework aimed at improving the fairness, timeliness, transparency and consistency of qualification recognition in Canada. Several federal departments fund various programs and organizations that help with the foreign credential recognition process and resettlement.

Patrick Snider, the director of skills and immigration policy for the Canadian Chamber of Commerce, said the federal government has taken some good steps to speed up foreign credentials. But he said more must be done, including improved customer service to make the system easier to navigate.

Snider said federal investment should focus on speeding up the process, including loans and expanded work-integrated learning programs.

“Right now Canada is in a unique moment in the last few decades where we are really standing out as a country that’s welcoming to immigrants, and can very much position itself as a country of choice for some very highly skilled people,” he said. “If you look at the impact that highly trained immigrants have had in the past, it can be really transformative to the economy.”