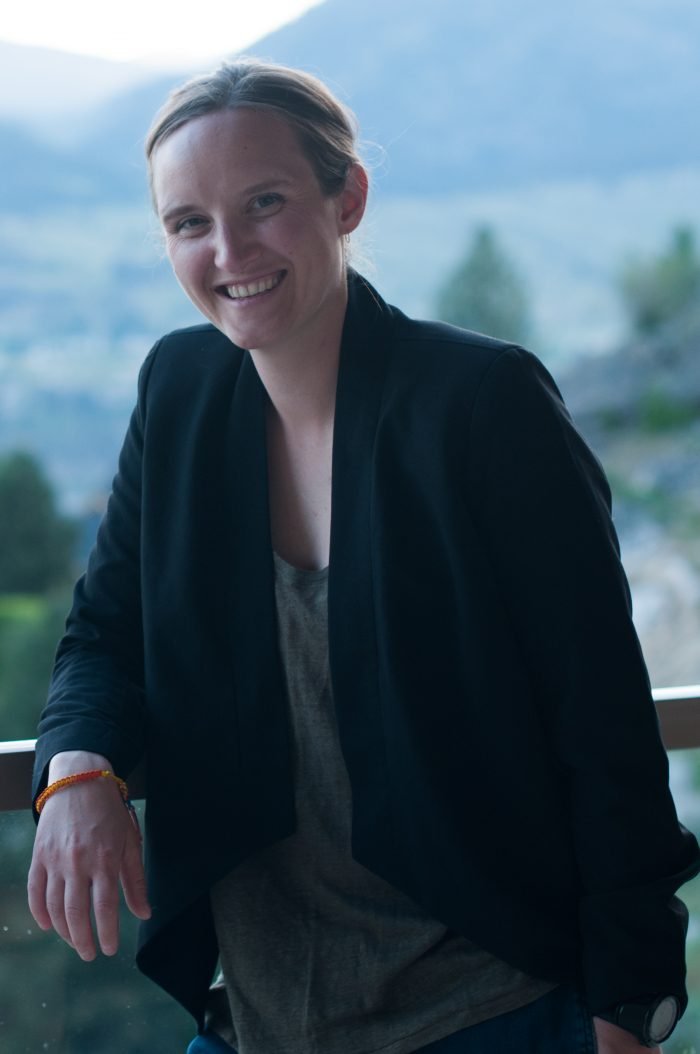 Paige MacPherson was determined to not let her dreams pass her by when she enrolled in Niagara College Police Foundations – Advanced Standing program last year.

When the 34 year old graduates on June 21, she will not only be a step closer to fulfilling her goal of becoming a police officer, she will achieve it at the top of her class.

With a 97.86% grade-point average, MacPherson will graduate with the most prestigious award a Canadian student can receive: The Governor General’s Academic Medal. The award is granted annually to the graduating student with the highest grade-point average at the College.

“Honestly, I was shocked when I received the call that I was being awarded the Governor General’s Academic Medal,” said MacPherson. “I worked hard to achieve that 97.857% and I feel proud and honoured to be singled out.”

She received the news by phone from Okanagan Falls, British Columbia where MacPherson – who is originally from St. Albert, Alberta – currently resides and works Oliver Parks and Recreation. She has been working in the field of parks and recreation for the past 12 years – beginning as a university student, then continuing after she graduated with a bachelor’s degree in Physical Education in 2012.

“As more birthdays passed by, I started feeling that I needed to get moving if I was going to have the opportunity to have a long career and fulfill my lifelong goal of being a police officer,” she said.

“I have always wanted to serve in a meaningful way, to help people in any way I can if I have the ability to do so, and to have a positive impact and change on my community and those around me.”

She relocated to Niagara for the academic year specifically to pursue the College’s Police Foundations – Advanced Standing program, targeted to students who have university degrees.

MacPherson credits her success to the support she received from faculty, her peers and her close family – including ‘FaceTime dates’ with her nieces that remind her of “the most important things in life” – as well as her enthusiasm for the program.

“I have always been a good student but I believe I was able to succeed in the Police Foundations program because I was so passionate and focused to learn about policing,” she said.

She found being a college student was much different to what she previously experienced at university.

“This was the first time that I was completely engaged with the material and came to school completely focused on doing well and absorbing as much from the experience as I could,” she said. “I knew coming in that the faculty for the Police Foundations program would be experienced people with insight and knowledge of policing and they far exceeded any expectations I had.

Her days as a student aren’t over yet; MacPherson will begin Niagara College’s Advanced Law Enforcement and Investigations program in September.

The Governor General’s Academic Medal was established by Lord Dufferin, Canada’s third Governor General after Confederation to encourage academic excellence across the nation. They are awarded to the student graduating with the highest average from a high school, approved college or university program.

Niagara College will celebrate a record number of graduates – more than 4,600 –at its 2017 spring convocation ceremonies to be held from June 20 to 23 at the Welland Campus.  View Spring Convocation media release here: http://www.niagaracollege.ca/blog/2017/06/15/50th-anniversary-sees-record-graduating-class-ncs-spring-convocation/

Niagara College’s convocation ceremonies will be streamed live at https://livestream.com/accounts/15502389/NCgrad2017