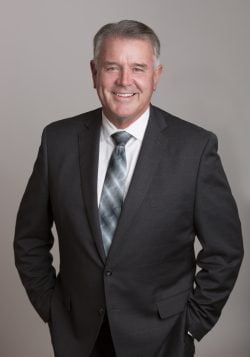 The Greater Niagara Chamber of Commerce is pleased to announce that the Honourable Kevin Flynn, Ontario Minister of Labour, will be the keynote speaker at their 2017 “Work in the Modern Ontario Economy” event in the Niagara Business Leadership Series, to be held on March 10thbetween 7:30 and 9am at the Royal Niagara Golf Club in Niagara-on-the-Lake.

As Minister of Labour for Ontario, Flynn has made health & safety and fairness in the workplace major components of his mandate. Minister Flynn was first elected to the Ontario legislature in 2003 as MPP for Oakville, and was re-elected in 2007, 2011, and 2014. In 2014, he began his service as Minister of Labour, where he set about implementing his central mandate of health and safety, and fairness in the workplace. Prior to being named the Minister of Labour, Flynn served as Parliamentary Assistant to the Ministers of Infrastructure and Transportation, the Minster of Training, Colleges and Universities, and the Ministers of Education, Environment, Energy, Democratic Renewal, and Labour.

Minister Flynn was a successful business-owner before his election to Queen’s Park in 2003. He served as an Oakville and Halton Regional councilor for more than 18 years. Flynn also acted as president of the Children’s Aid Society, and chaired the influential Standing Committee on Mental Health and Addictions.

In order to maintain and build upon Ontario’s reputation as one of the safest and best places to work and do business, we must respond to the world’s changing economic realities. Minister Flynn will talk about these realities and will explain what the government is doing to ensure that we keep up with the changing nature of work, outlining why 2017 will be a landmark year for protecting workers while supporting businesses in our growing economy.

Minister Flynn will speak about the extension of workplace protections, the push for fairness for vulnerable workers, the promotion of better training, providing predictability for businesses by tying the minimum wage to the rate of inflation, and new and changing economic regulations. Minister Flynn’s talk will be a must-see for any Niagara business planning for the future and hoping to gain insight into what the future of labour and workplace regulation will look like.

For more information or to attend the talk, please contact the GNCC.

“Niagara is a great place to do business, but to build our competitive advantage, we have to stay ahead of the curve. That means responding and growing with a rapidly changing economic climate, and building a workplace culture that is not only competitive for businesses, but which can attract global talent. We look forward to a dialogue with Minister Flynn which will advance these goals.”

The Greater Niagara Chamber of Commerce is the champion for the Niagara business community. With over 1,600 members representing 50,000 employees, it is the largest business organization in Niagara and the third largest Chamber in Ontario. The Chamber Accreditation Council of Canada has recognized the Greater Niagara Chamber of Commerce with its highest level of distinction.