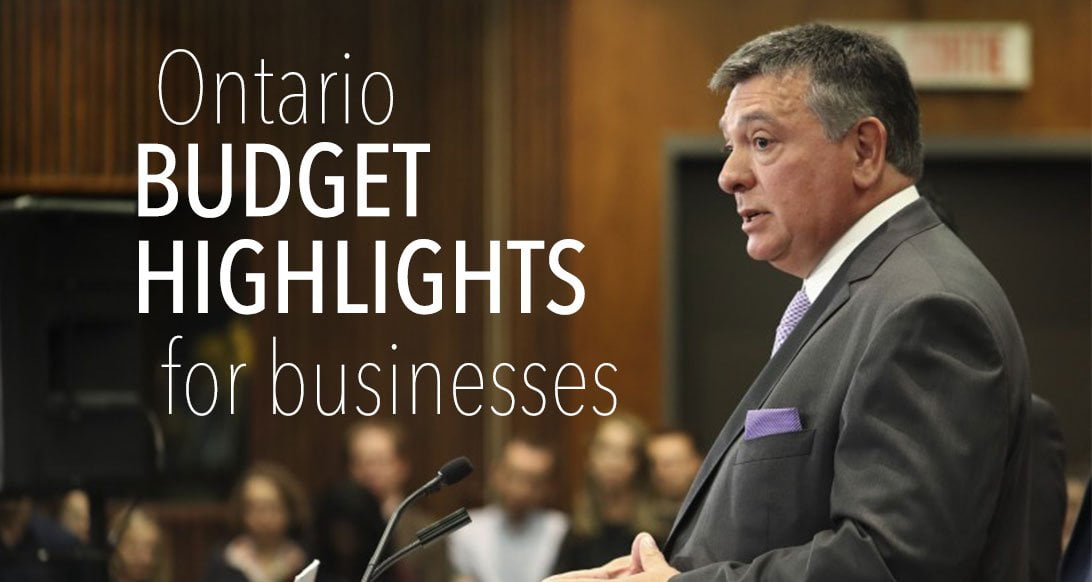 Niagara, March 28, 2018 – The Government of Ontario released its 2018 budget today. The GNCC had previously offered comments from Niagara’s business community at a budget consultation on January 29th with MPP Yvan Baker, Parliamentary Assistant to the Minister of Finance, and MPP Jim Bradley, St. Catharines. The GNCC also submitted written comments directly to Finance Minister Charles Sousa. We acknowledge the Government of Ontario’s openness and its collaborative attitude, and are pleased to see our suggestions reflected in some of the budgetary items announced today.

Chief among our suggestions was that, despite substantial re-uploading of municipal services by the present government, a $3.3-billion funding gap still existed from provincial downloading since the 1990s. In this process, provincial governments “downloaded” many programs onto municipal governments, such as child care, transit, housing, public health, Ontario Works, and the Ontario Disability Support Program, but did not accompany these downloads with sufficient funding transfers and revenue tools. As a result, cash-strapped municipal governments were not only unable to fully support these programs but were forced to cut or postpone their existing commitments. We urged the Government of Ontario to continue and to expand upon their program of re-uploading to support municipal government.

The budget contained a commitment of $4.2-billion to municipalities in 2018 – nearly four times the level of support provided in 2003. This includes doubling the municipal share of the gasoline tax by 2021-22 in order to support local public transit, $25-million over five years to support municipal asset planning and infrastructure sustainability, and – importantly – uploading an additional $2-billion in costs. This is a very positive step, and the GNCC shares the Province’s assessment that this will help build a more prosperous Ontario by supporting the providers of vital municipal services to citizens and businesses.

However, we also note that with an $6.7-billion deficit in Budget 2018, the provincial public debt has continued to grow. The GNCC has made clear, in the past, that the current debt load is a cause for concern, but it is not yet cause for alarm (previous GNCC articles on Ontario’s debt can be read here and here). However, the debt is trending in the wrong direction. As of last November, the government promised balanced budgets for 2018 and beyond; now, the budget will not be balanced until 2024-25. The annual interest on Ontario’s public debt will increase from $12.5-billion in 2018-2019 (44 percent of our education spending, for example) to $16.9-billion as of 2025-2026, increasing from 8.6 to 9.8 percent of total projected program expenses. We recommend that more urgency be given to dealing with the public debt before it becomes a greater concern.

Although it is impossible to predict the future of the economy, economists and market observers believe that we are nearing the end of a business cycle, meaning that a downturn may occur quite soon and potentially within the life of this budget. It has been about ten years since the “Great Recession” of 2007-2009, and the average length of an economic cycle is about five-and-a-half years – but has never exceeded ten.

To build a prosperous Ontario, we must not only make the most of the good times but anticipate and plan for the bad. Prudent fiscal policy includes leaving a reserve for this, and the GNCC feels Ontarians would be well-served by a contingency plan and some level of fiscal caution this late in the business cycle.

While social programs received a lot of attention in this budget, we are concerned that this substantial new spending may make the province’s fiscal position more precarious. That being said, the GNCC also notes that some of these new investments were aimed at business growth. Highlights of Budget 2018’s support for businesses include: