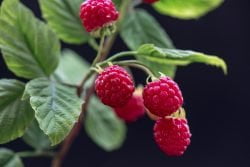 Join The Exchange Brewery on Friday October 21, from 5pm to 9pm, for the official release party of their Framboise. On this much-awaited occasion, The Exchange’s new limited-edition seasonal brew will be released on draft and in bottles, as well as offered in free tastings.

The Framboise (meaning raspberry in French) is The Exchange’s brewers’ take on the traditional Pale Ale originating from Belgium. Brewed with coriander seeds and fermented with our house Belgian yeast, this beer has been aging for the past 3 months in French Oak barrels (from the Pearl Morissette Winery in Jordan) on a bed of raspberries, picked at peak ripeness right here in Niagara-on-the-Lake (at Quiet Acres farm). The added sugars from the raspberries created a secondary fermentation, adding an additionallevel of flavour complexity to this delectable brew. 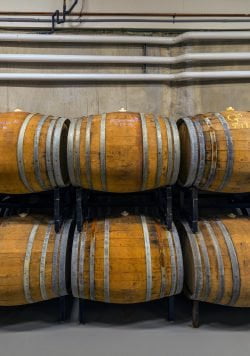 “This barrel fermentation was so vigorous, we cleaned raspberries off the cellar walls, floors and even the ceiling for a week or so,” explains Sam Maxbauer, Head Brewer at The Exchange. “The barrels vented and blasted raspberries everywhere one by one. It was a huge mess, but this beer was worth the added daily cleaning.”

Partnering with Pearl Morissette Winery and Quiet Acres Farm, both from Niagara-on-the-Lake, came naturally for the brewery which always focuses on sourcing local talents and seasonal, quality ingredients.

“It is an exquisite beer with a real local flair,” says Robin Ridesic, Founder & CEO of The Exchange Brewery. “Incorporating fresh local raspberries into this Belgian-style ale was the perfect way to showcase our brewery and region.” 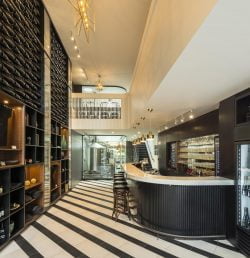 The release of the Framboise builds on The Exchange Brewery’s previous seasonal and specialty limited-release beers, which have found great demand and praise from beer enthusiasts and the industry alike.

The Framboise will be available at The Exchange Brewery on draft and to take home in 750rnL bottles or growlers at the retail store, for a limited time only. Come on out and try this amazing beer, while you can! 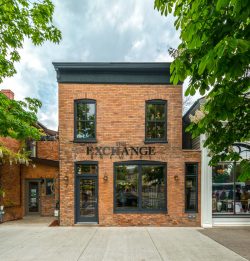 The Exchange Brewery is Niagara-on-the-Lake’s newest brewery and tasting room located in Old Town heritage district. We focus on making exceptional craft beers using only the highest quality ingredients, including local Niagara fruits. Our selection includes a range of American styles along with sour and funky Belgian-style beers and ales.