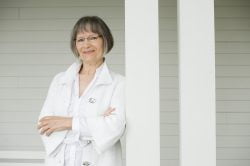 Following three sold out performances earlier this year, Chorus Niagara and Artistic Director Robert Cooper present PHANTOM OF THE OPERA, the original 1925 silent version featuring Lon Chaney with a LIVE CHORAL SOUNDTRACK performed by the 100-voices of Chorus Niagara and organist extraordinaire Lynne Honsberger. The score is specially crafted by Robert Cooper for this performance. Phantom of the Opera plays for one screening only Wednesday May 3rd, 7:30pm on the huge screen in Partridge Hall, FirstOntario Performing Arts Centre, 250 St. Paul Street in downtown St.Catharines.  An informative and entertaining pre-concert chat introducing this historic film by former film, media and pop culture professor Joan Nicks, M.A., (Brock University) is complimentary prior to the concert for ticket holders.

Set in the magnificent Palais Garnier, Paris’ grandiloquent opera house, Phantom of the Opera opens with the debut of the new season at the Paris Opera with a production of Gounod’s Faust. Immediately we are taken through the splendor of the grand staircase and into the Chagall festooned Theatre with its full house, large pit orchestra and busy stage action and thrust into the romantic world of French opera. 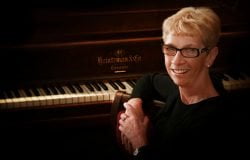 The world of French opera and some of its greatest composers, Gluck, Gounod, Bizet, Saint-Saens and Poulenc along with Tchaikovsky (Russia) and Morricone (Italy) are the sources for complementary background music. Additional works by more traditional choral composers act as specific mood enhancers as the scenic design shifts quickly from comedy to intimate tenderness.

Long revered by film experts, the 1925 Phantom of the Opera silent film classic has been deemed ‘culturally significant’ by the U.S. Library on Congress and selected for preservation in the United States National Film Registry. Chorus Niagara breathes new life into this macabre film marvel, complemented by organist Lynne Honsberger’s inspired improvisations.

This concert is sponsored by Ken Rempel and Canadian Tire Financial Services.

More About Phantom of the Opera

Not a single photograph of Lon Chaney as The Phantom was published in a newspaper or magazine or seen anywhere before the film opened in theaters. Universal Pictures wanted The Phantom’s face to be a complete surprise when his mask was ripped off.

Lon Chaney put egg membrane on his eyeballs to give them a cloudy look.

Despite its production troubles and re-shoots, the movie was a great box office success, pulling in over $2 million (adjusted for inflation: approximately $27.8 million).

A full working organ was installed at the Astor Theater in New York City for the film’s premiere.

The film is included on Roger Ebert’s “Great Movies” list.

Several sequences were shot in various color processes for the general release prints. Technicolor was used for scenes from “Faust” and the Bal Masque scene, Prizmacolor sequences were shot for the “Soldier’s Night” introduction and Handschiegel (a process that uses stamps to hand-color prints) for the Phantom’s notes and red cape on the rooftop. Only the Technicolor Bal Masque sequence is known to survive (an IB print from the 1929 re-release).

Included among the “1001 Movies You Must See Before You Die”, edited by Steven Schneider.