Enterprise, a leading Canadian government relations and public affairs firm, is growing again with the addition of former political staffers Semhar Tekeste and Katie Heelis to its team of experts. 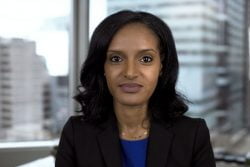 Semhar Tekeste brings a decade of experience on Parliament Hill and working on election campaigns, including in the Conservative war room in the 2015 federal election, to her role as senior public affairs consultant.

Tekeste has advised federal cabinet ministers including former Minister of Natural Resources Greg Rickford, who was recently elected MPP and appointed Ontario’s Minister of Energy, Mines, Northern Development and Indigenous Affairs for the Ford government, and oversaw stakeholder outreach for the Leader of the Official Opposition. She brings policy expertise in natural resources and mining, telecommunications and digital economy, and Canadian culture and arts, and has extensive experience fostering strong working relationships with stakeholders, senior officials and the greater public. 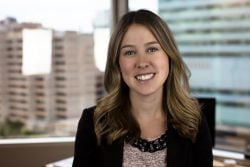 Katie Heelis joins the firm as public affairs consultant after spending the past two years at Queen’s Park in the office of two former Ontario health ministers.

Heelis served as issues manager and policy advisor in the Ministry of Health and Long-Term Care, providing strategic advice on a wide-range of health policy files including mental health and addictions, Indigenous health-care, chronic disease prevention, the legalization of cannabis, and pharmaceutical policy. She also brings political acuity from her involvement in political campaigns, in addition to a background in research as a Research Fellow at an independent and non-partisan think-tank.

“We are thrilled to welcome Semhar and Katie to Enterprise as we expand our team at this exciting time of change in the province,” says Enterprise CEO Barbara Fox. “Both women bring strong experience from inside government and on election campaigns and are highly respected by their former colleagues at Queen’s Park and on Parliament Hill.”

“With Katie and Semhar, we’re adding top talent from two levels of government who know the current issues and political landscape better than most,” says Jason Lietaer, Enterprise President. “It’s an exciting time for our firm and we’re looking forward to having them on our team as we continue to grow.”