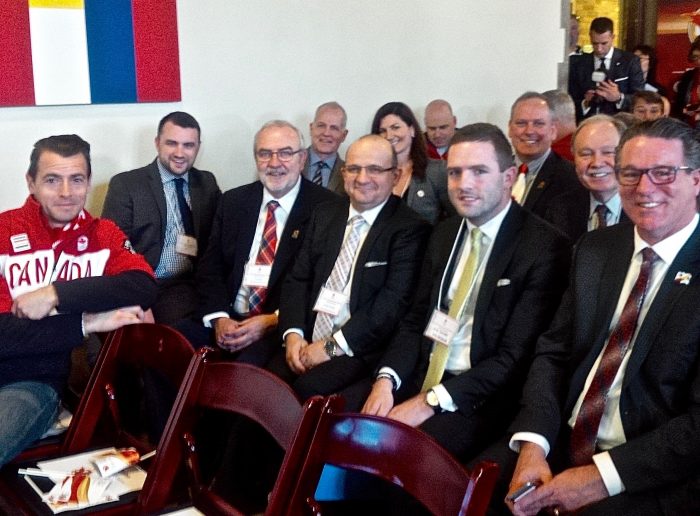 Brock University joins its community partners and neighbours in celebrating the news that Niagara has been selected to host the 2021 Canada Summer Games.

The decision, announced in Toronto Thursday, March 30 by Ontario Tourism Minister Eleanor McMahon, ended a spirited competition among four Ontario communities that had been shortlisted as possible hosts for Canada’s pre-eminent national athletics competition. In the end, Niagara edged out strong bids from Ottawa, Sudbury and Kitchener-Waterloo-Cambridge.

Brock University was among several partners from across the region who joined and enthusiastically supported the Niagara bid team, which has spent many months identifying potential sites and aligning resources into an ambitious plan to welcome more than 5,000 athletes and 30,000 visitors to Niagara in the summer of 2021.

It has been projected that the Games will have an economic impact of more than $200 million across all of Niagara, creating hundreds of jobs and leaving a significant infrastructure legacy for the benefit of Niagara residents.

Brock, which has residences and food services that normally support thousands of students, will serve as an athletes’ village during the summer event, and will also host multiple athletic events at its sports venues.

“This is a wonderful result for everyone in our region,” said the University’s Interim President Tom Traves. “Brock is proud to be part of Niagara, and proud to be one of many important partners on this collaboration.”

Tom Arkell, Brock’s Associate Vice-President of University Services, played a lead role for the University on the bid committee, and was in Toronto Thursday for the announcement.

“Our successful bid was a region-wide effort,” said Arkell, “one that will result in the building of much-needed facilities that will provide an exceptional experience for athletes from Niagara and all across Canada.

“Niagara will shine, thanks to the efforts of all levels of government, business, Brock, Niagara College and so many individual supporters.

“We can’t wait to get started.”

Brock University Marketing and Communications has a full-service studio where we can provide high definition video and broadcast-quality audio.