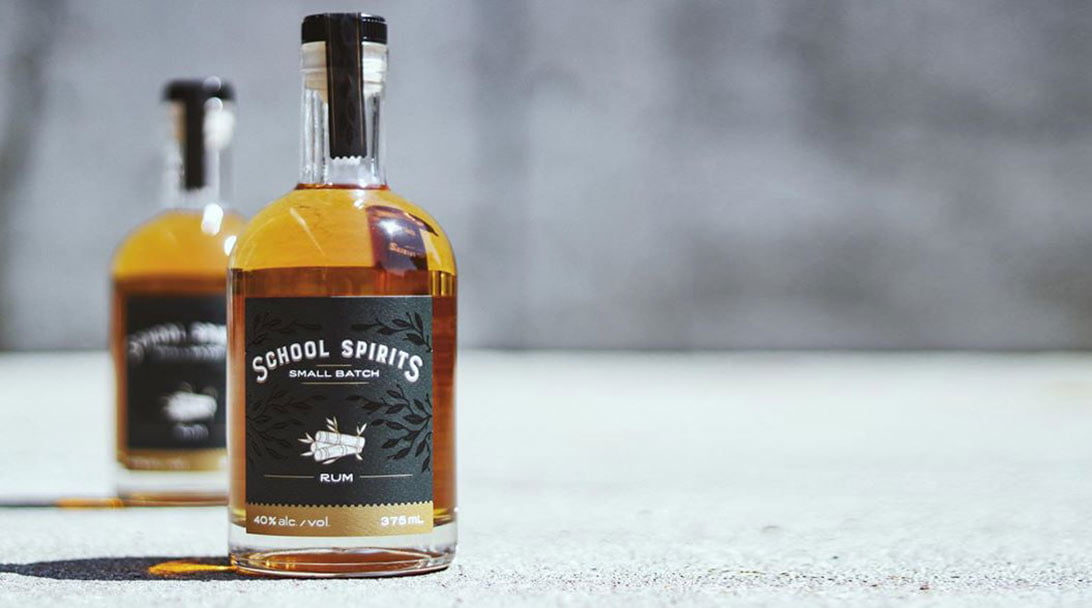 Spirits are high at the Niagara College Teaching Distillery after a student-produced rum won bronze at the U.S. Open Whiskey and Spirits Championships.

The accolades for School Spirits Small Batch Rum, produced by the first students to graduate from the Artisan Distilling program, came in the Dark/Barrel Aged Rum category of the competition, which included entries from throughout Canada and the U.S. Niagara College was the only teaching distillery to be among the winners in any category.

“It feels good to win an award like this,” said David Dickson, College distiller. “It instills a sense of pride that, in such a short time, our students have been able to develop to such a level to create a high quality spirit. To be able to achieve this in such a short time feels like a real feather in our cap.”

The award-winning rum was a year in the making by students, who saw their handiwork compete against rums aged longer or blended with spirits from elsewhere. Production of the School Spirits Small Batch Rum started six months into the year-long program when students began fermenting dark brown sugar. All signs pointed to something special in the works after their first distillation using small copper pot stills to capture only the best fraction of the spirit.

The rum was fermented in a two-week process, which is slower than typical production, and led to a more complete attenuation of sugar by the yeast. Students took charge of the entire process, Dickson noted, signing their name to the 57-litre bourbon cask in which the spirit was left to age for 12 months, the minimum a Canadian rum must mature in a barrel.

“Then they went off in their careers. It was sort of like a time capsule,” Dickson said. “Their finesse was what caused the spirit to age like it did.”

The result was a rum with a surprising golden colour, and a clean and balanced aromatic profile with notes of vanilla and candied fruit. It’s dry and light in body compared to rums with added sweeteners. The finish has a pleasing texture with vanilla, caramel and a touch of bourbon spice.

“Our first student-crafted rum clearly demonstrates our students’ talents and skills when it comes to distillation and fermentation,” said Steve Gill, general manager of Niagara College’s Learning Enterprises. “The fact that they so confidently took on the production of rum and then earned such honours alongside spirits produced by more established distilleries elsewhere in North America also speaks to the quality of teaching happening in our Artisan Distilling program. It shows that the future of craft distilling in Canada is in capable hands.”

Visit usopenwhiskey.com to learn more about the awards.

Niagara College’s Teaching Distillery is a 2,500-square-foot facility equipped with five stills, four mash tuns and 10 fermenters. Home to the College’s Artisan Distilling program, students produce a variety of distilled products including vodka, gin, brandy, rum, whisky and other spirits. It opened in September 2018, completing the trifecta of beverage fermentation sciences at NC’s learning enterprises, following the footsteps of its Teaching Winery and Teaching Brewery which were also the first of their kind in Canada.