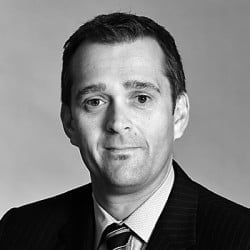 On behalf of our 1,500 plus members, the Greater Niagara Chamber of Commerce is asking each leader of Ontarioʼs political parties to commit to daily commuter GO Train service to Niagara as part of your policy platform. As you will no doubt be travelling to Niagara over the course of your campaign, leading to the June 12 voting day, we urge you to commit to daily commuter GO Train service with a fixed timeline for Niagara when you come to seek the local business communityʼs support.

While Niagaraʼs economy has suffered significant setbacks due to the loss of large-scale manufacturing over the past 20 years, our region is rebounding as a result of a resilient business community and innovative investments at Brock University and Niagara College.

At no point in Niagaraʼs history has our business community been more interconnected with the Greater Toronto and Hamilton Area (GTHA). Businesses from across the region are linked into the GTHA marketplace, and an increasing number of people that live in Niagara are gainfully employed in the GTHA. With a population of over 430,000 – that is expected to grow by approximately 20 per cent in the next 20 years – it is clear that a fast and effective transportation system is required to fully link Niagara into the GTHA.

Across North America, integrated public transit systems have acted as a catalyst to improve productivity, attract a high-skilled workforce and increase regional competitiveness. Each year that Niagara goes without a daily commuter GO Train, we lose out on economic opportunities that not only hurt Niagaraʼs competitiveness, but Ontarioʼs as well.

Niagara needs daily commuter GO Train service now – not 10 years down the line. We are asking for each party leader to commit to bringing GO Train to Niagara starting in 2015 with an initial expansion into West Niagara. West Niagara (Grimsby, Lincoln and West Lincoln) accounts for over half of the approximately 21,000 daily commuter trips from Niagara into the GTHA.

In addition to GO Trainʼs first stop in West Niagara, we are requesting that each party leader commit to a fixed timeline to extend daily commuter GO Train service through to St. Catharines and Niagara Falls. Niagara Falls is Canadaʼs largest tourism attraction and a year-round global destination for travellers, and it must be accessible year-round by way of daily GO Train service.

The business community is united in its position that daily commuter GO Train service will benefit Niagaraʼs economy. Niagara is well-positioned to emerge as a significant contributor to the renewal of Ontarioʼs economy – and committing to daily commuter GO Train service to Niagara will provide a strong signal to our business community that the province can be responsive to the regionʼs private sector needs.

The Greater Niagara Chamber of Commerce is the champion for the Niagara business community. With over 1,500 members representing more than 45,000 employees, it is the largest business organization in Niagara and the third largest Chamber in Ontario. The Chamber Accreditation Council of Canada has recognized the Greater Niagara Chamber of Commerce with its highest level of distinction.