2016 has been a terrible year for markets: global share prices have fallen 8% while emerging markets shares have fallen 13%—the worst start to a year on record. Currencies were also hit hard with the Brazilian real down 36% and Mexico’s peso tumbling 20%. But the most dreadful results have been in commodities where oil prices briefly fell to $26 per barrel. Why the panic?

The biggest factor roiling global markets is that monetary tightening is pulling liquidity out of riskier assets after an unprecedented era of cheap liquidity. It’s something we’ve never seen before and we’re unsure how markets will react.

During the great recession, the U.S. Federal Reserve dropped interest rates to zero and flooded the banks with cash to avoid a chaotic financial crisis. The funds available to the U.S. financial system quintupled from $800 billion to just over $4 trillion (see graph below). This prevented banks from failing but it also had unintended consequences. 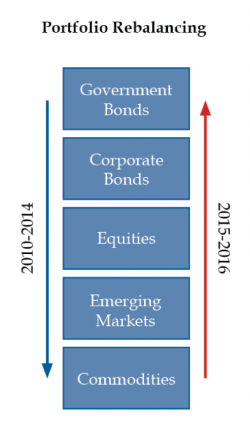 But quantitative easing is now over: interest rates will keep rising throughout 2016, and this flow of funds is reversing. In 2015, investors and companies pulled $735 billion out of emerging markets—the worst capital flight in 15 years. As a result, all of the emerging market currencies have depreciated significantly and most are finding it harder to borrow. 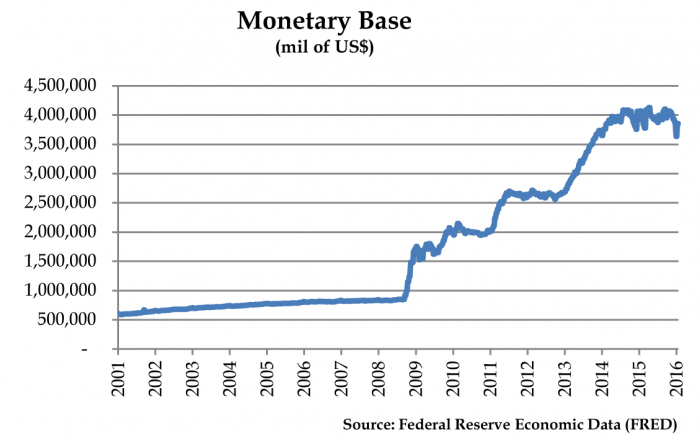 This comes at a time when markets are stressed by an unpredictable slowdown in China. We’re now in a vicious cycle where weakness in emerging markets is pushing down commodity prices. Weaker commodity prices then hit vulnerable countries like Brazil and Turkey. Investors generally see brighter prospects elsewhere and are piling out of emerging markets.

We’re in for a rough ride in 2016. But there are bright lights in the global economy. In fact, much of the fleeing cash is returning home to improved prospects in Europe, Japan and the United States. Stronger growth in rich countries is great news for Canadian exporters of services and manufactured goods. Want to find out more about the year ahead? Check out our Crystal Ball report coming out this Thursday at Chamber.ca.