Building businesses, homes, infrastructure, and futures, Niagara is growing forward. We can build on our successes and achieve even more for the future. The GNCC offers the Niagara Prosperity Plan 2022 in the hopes that the proposals inside will help build that future.

With available employment lands, busy border crossings, post-secondary institutions, multimodal transport, and a ready workforce, Niagara is primed to grow. The region has attracted significant new business and created new employment. By 2051, Niagara is projected to grow by 200,000 people and 85,000 jobs. To support this growth, municipal government in this term must focus on attracting business and on creating an environment that is attractive to business. 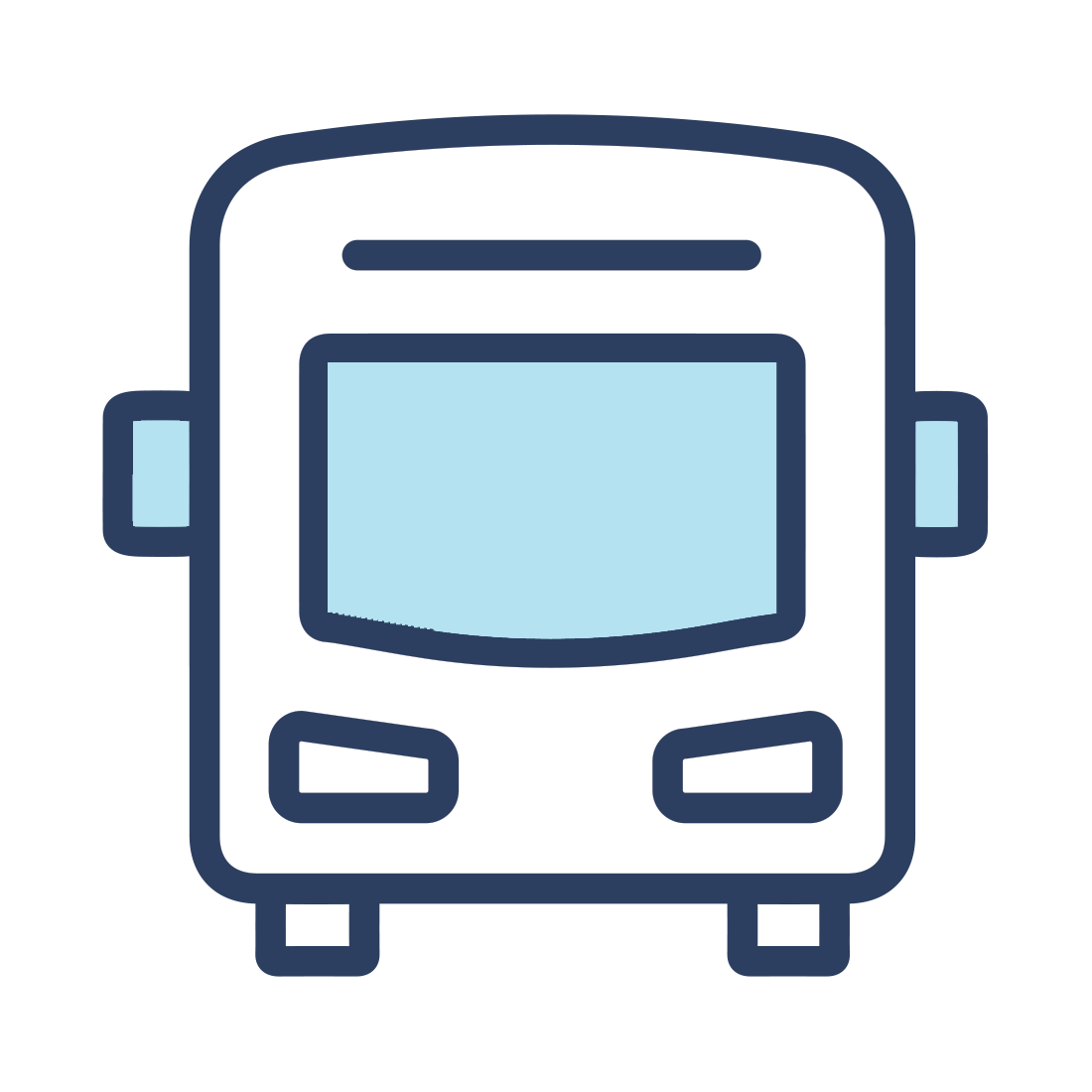 Further, there are several other near-term policies for transit that the next governments of Niagara could implement, including investigating demand-responsive transit services using ride-hailing technology and working towards integrating fare systems with Hamilton and GTA transit systems (which will be important once all-day, year-round GO train service arrives in Niagara). We also urge transit authorities to release ridership data that could be analyzed to make better use of limited resources and thus better serve the ridership and consider releasing ridership data as open data. 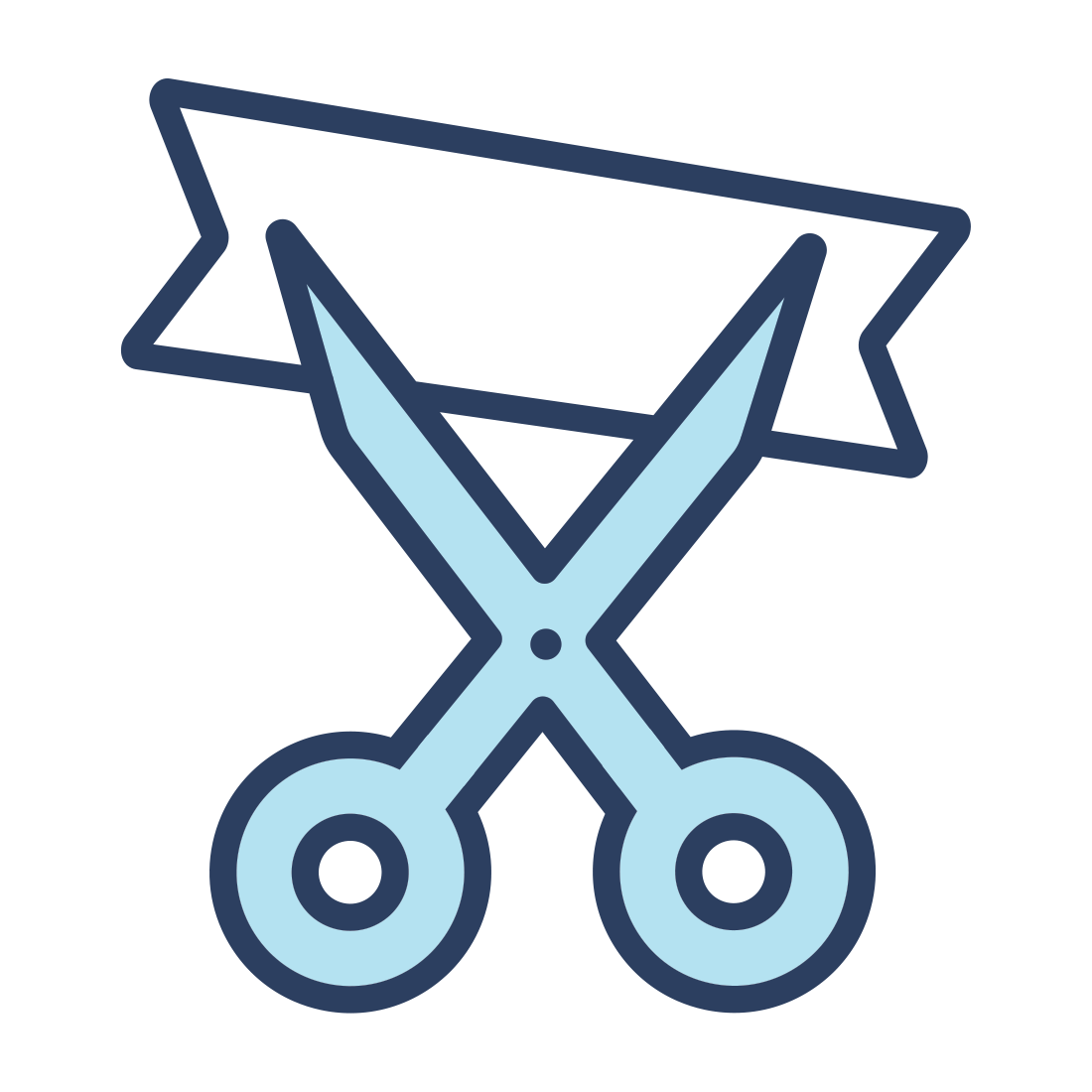 Some municipal governments in Niagara have announced efforts to cut red tape and to hire expediters for government services, particularly to businesses. It is time to take that policy to the next level.

Municipal governments should hire staff to expedite projects, applications, and development, and develop new and improved concierge services for businesses and non-profits. Additionally, government should adopt the “No Wrong Door” philosophy from charitable and non-profit organizations, i.e. if the wrong government department or staffer is contacted regarding an issue, they should not rebuff the inquirer or consider their involvement at an end until the inquirer has been successfully put in touch with the right department or staffer, and communications are proceeding. 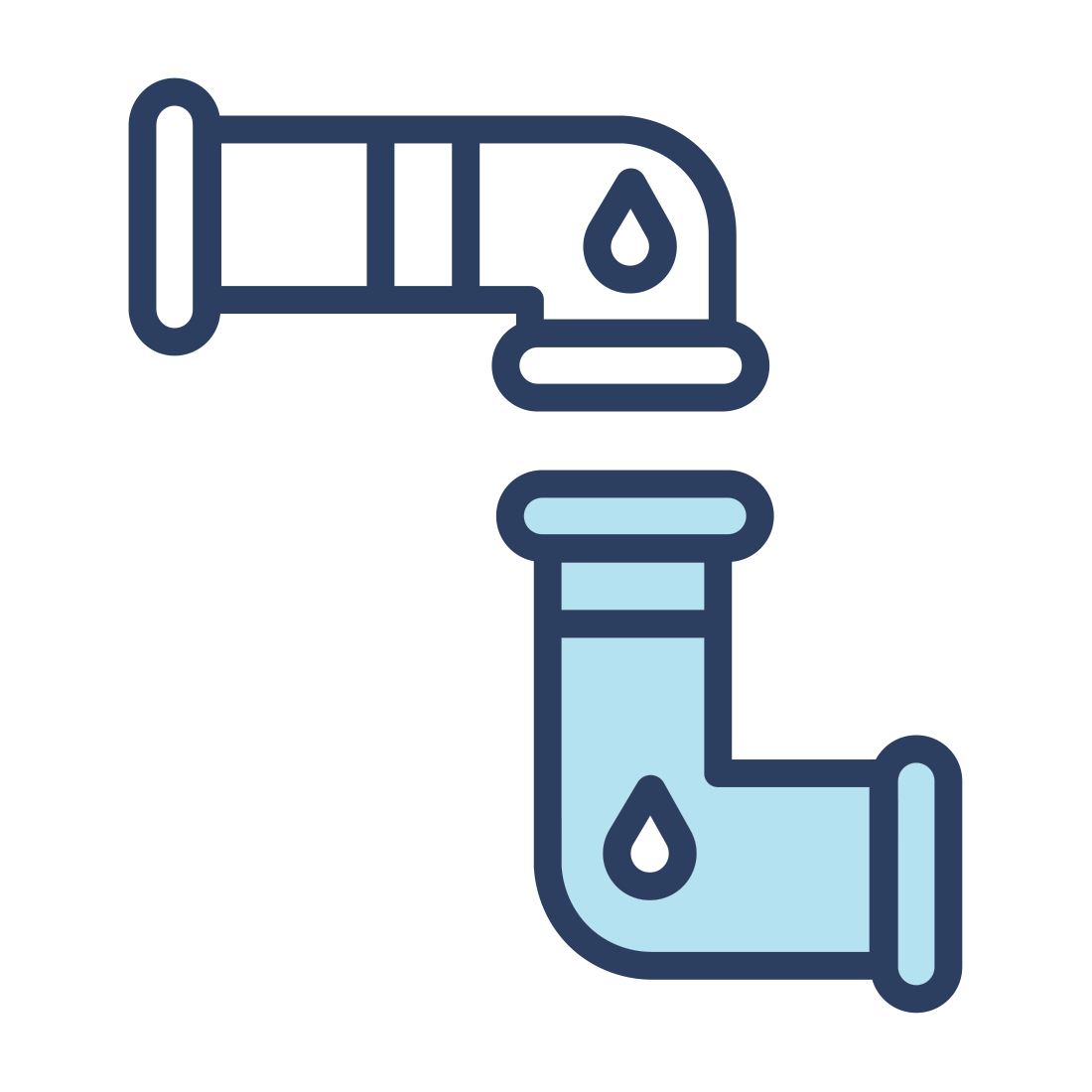 Infrastructure deficits should be a priority, and governments must look at solutions not only including property taxes and development charges, but advocacy for provincial and federal funding and for the continued uploading of appropriate municipal services, new permanent taxation powers, streamlining roles, harmonizing departments, and more. 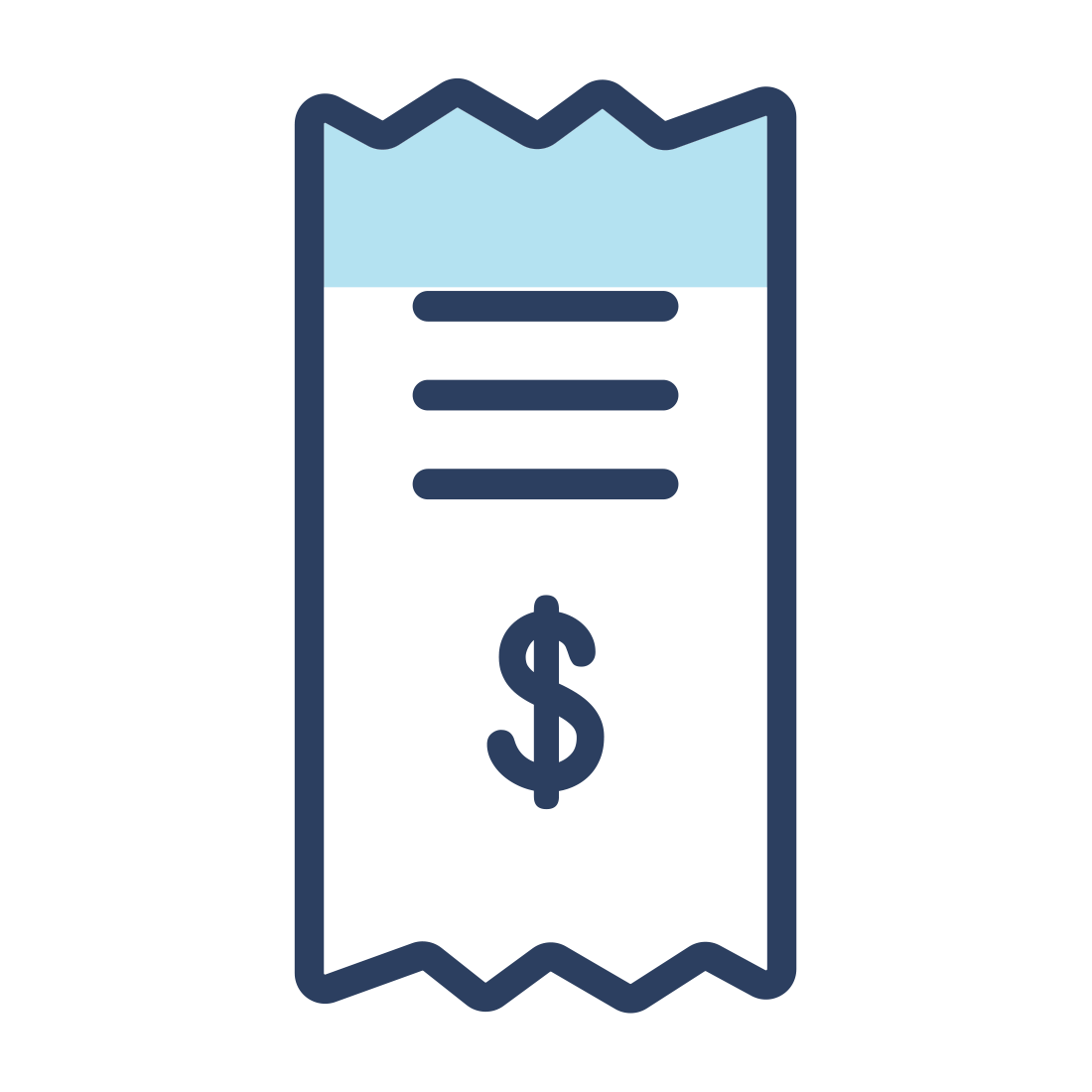 Every four years, the Municipal Property Assessment Corporation evaluates property values for the purposes of taxation. The Ontario government postponed the scheduled 2020 reassessment, and valuations for 2021 were based on 2016 data. MPAC reports that this will continue for 2022 and 2023.

If the scheduled review takes place in 2024, this may deliver a property tax shock as values have skyrocketed since 2016. Should this occur, the next municipal governments of Niagara should commit, firstly, to adjusting the levy rate to ensure that the overall burden remains fair, and secondly, to re-invest any windfall in necessary community projects such as the infrastructure maintenance backlog, rather than in new facilities that will require even more investment in future upkeep.

There are over 26,000 households in Niagara in core housing need, including 3,750 with children. These households are living in homes that are unsuitable, inadequate, or unaffordable, and whose income is insufficient for adequate and safe housing in their community.

Types of households that are most challenged with affordability:

Niagara needs more homes, and municipal government must create an environment where more homes can be easily and affordably built.

Yes In My Back Yard

More than two-thirds of Niagara’s current housing inventory is in single-detached homes. These are expensive, land-intensive, difficult to deliver services to, and usually not made for rental. Niagara will need more row houses and apartments, and municipal governments willing to approve these projects. 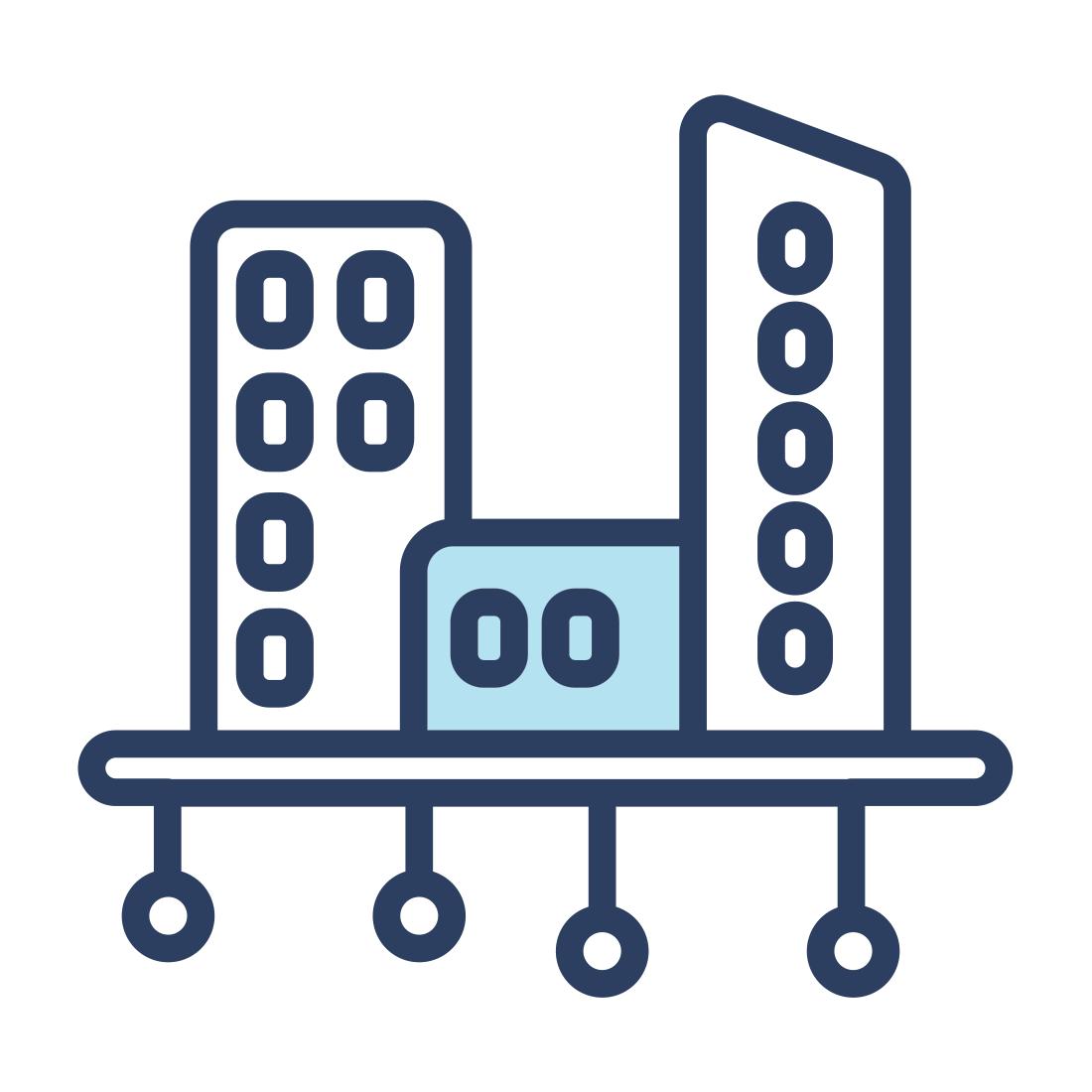 Apart from single-detached homes and apartment buildings, there are easy ways to build “gentle density” which increases the housing stock without changing the character of a neighbourhood, such as second suites and garden suites. While the Province has mandated that these be built by right, municipalities must not stand in the way with bylaws that make implementing these solutions difficult or impossible. Residential, commercial and industrial landowners must all be allowed and encouraged to make better use of their land and to expand within their footprint. 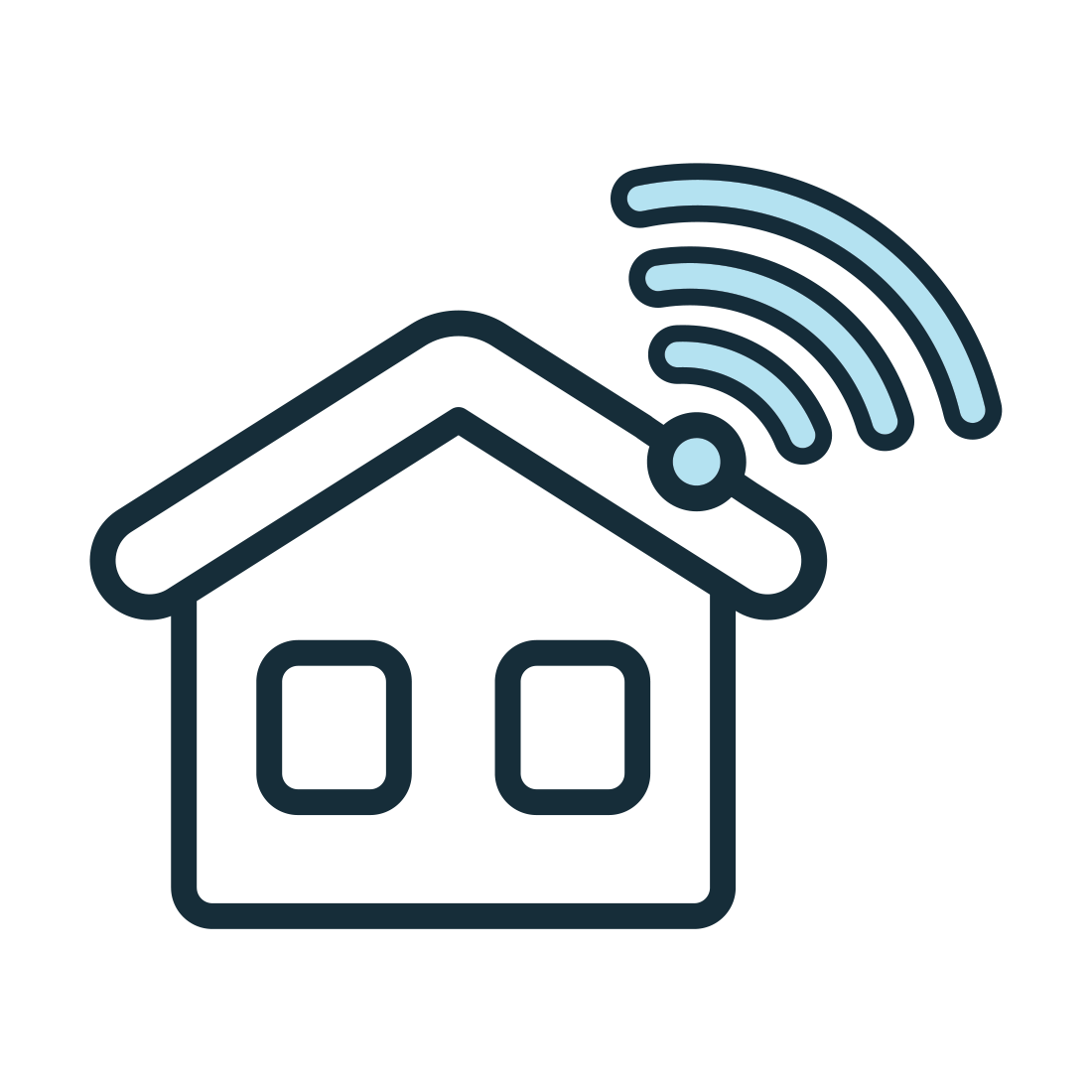 To make housing more affordable and to make better use of our land and resources, we need to build up. This will inevitably change the character of neighbourhoods. We encourage municipal governments to develop pilot projects that will show the best way to accomplish this while preserving standards for current residents. 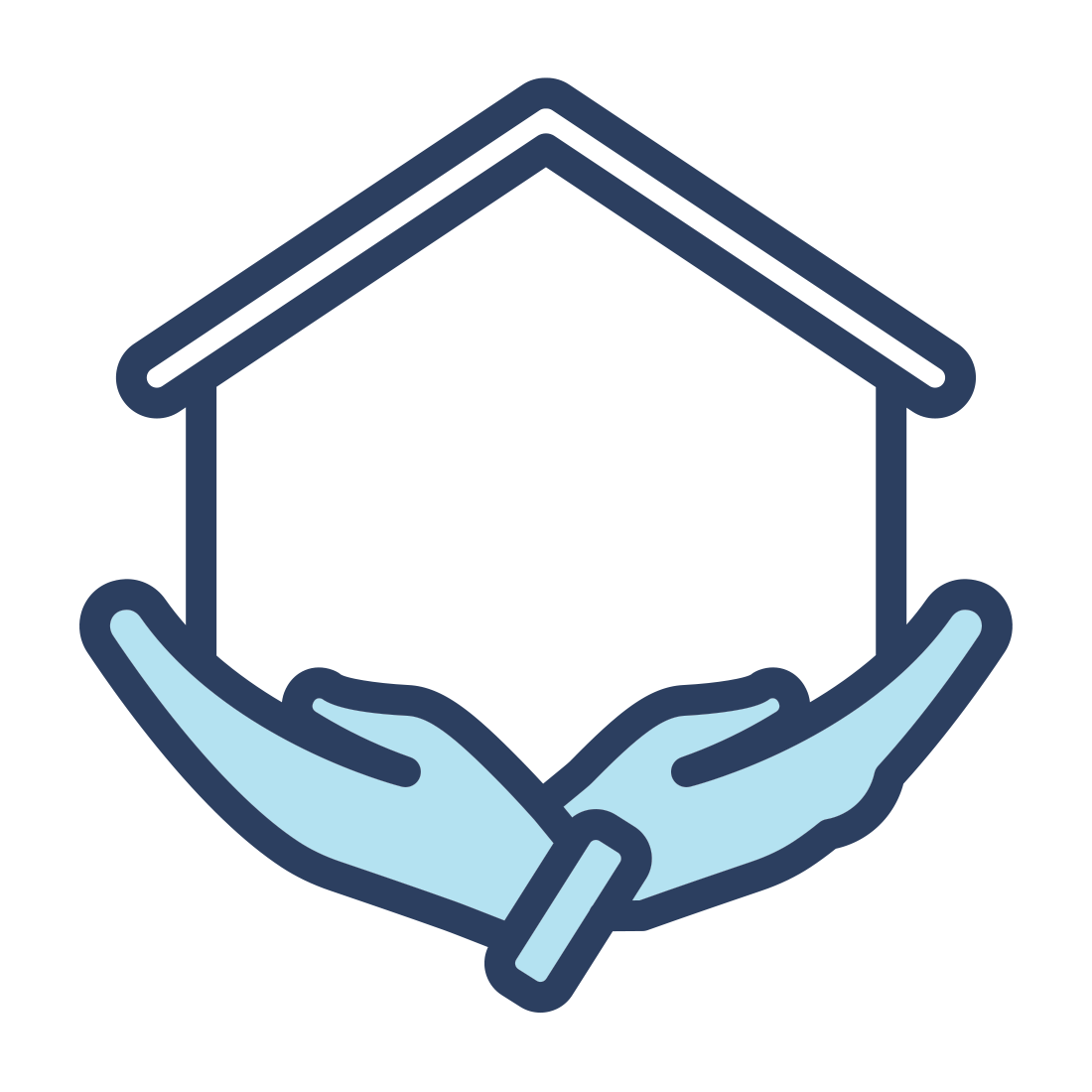 Niagara does not just need affordable housing, but all types of housing. Newcomers often have larger and multigenerational households, and the standard 2/3-bedroom unit does not suit them. We need to attract skilled newcomers to alleviate our labour shortage and grow our population, and will need appropriate housing. Many young professionals are also left in the rental market because middle-income housing has been priced out of their reach, and occupy rental units that are needed by lower-income residents. Further, if Niagara is to attract more corporate and government headquarters and grow our economy vertically, it must have higher-end housing to attract those who work in such places. 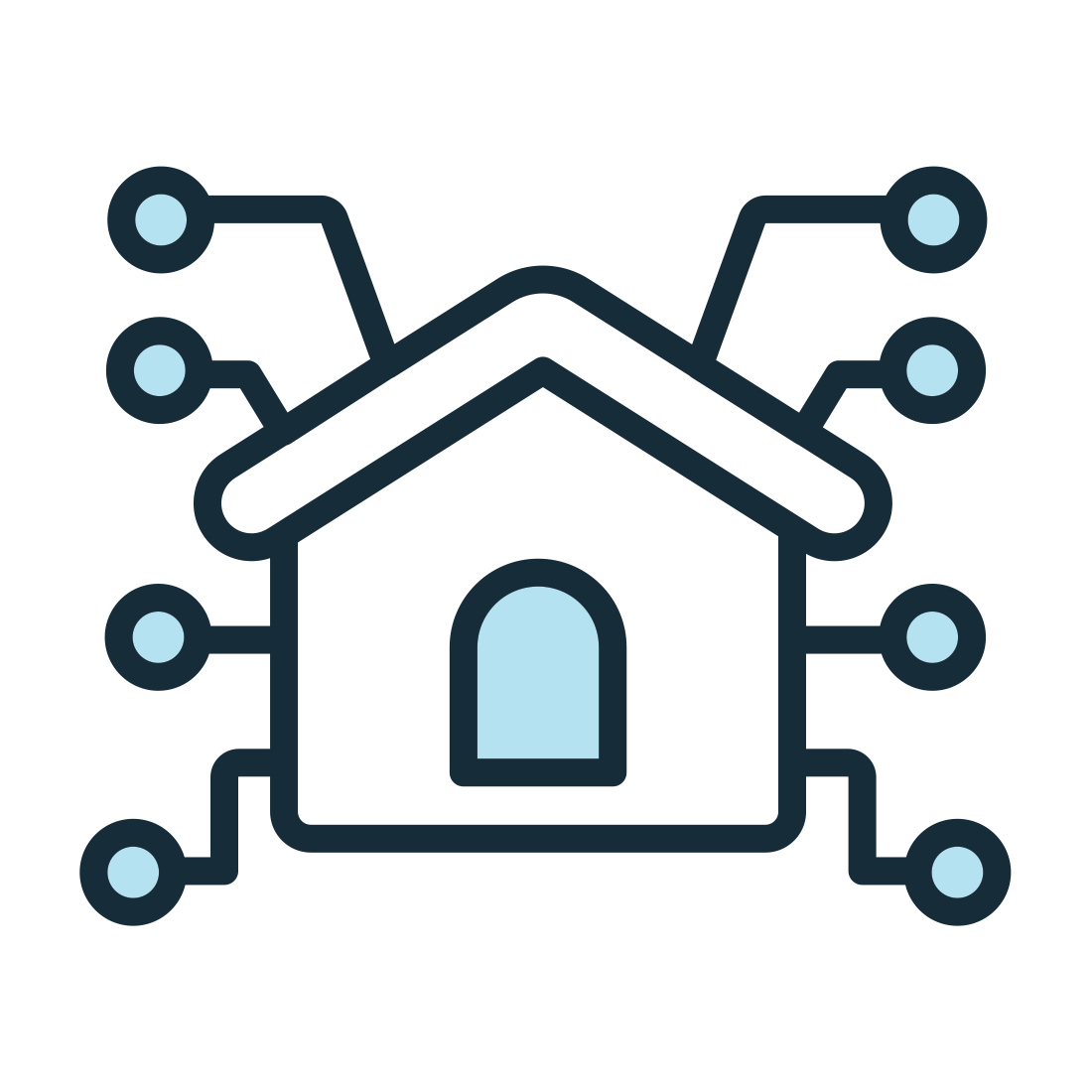 As GO train service expands into Niagara, the area around the stations will become hot property for residential development. Housing will also tend to cluster around shopping centres and malls. These areas are usually also already well-served by transit and utilities. Municipal governments should plan to intensify development in these areas to make full use of those resources.

Niagara, a region of 450,000, has multiple departments for planning, economic development, procurement, public works, and more. Larger regions, such as Hamilton, Ottawa, or Toronto, have one. While Niagara’s composition does not necessarily lend itself to a single government, merging departments to streamline and cut costs, such as Lincoln and Grimsby’s move in 2022 to merge fire and and emergency services, are possible and necessary. 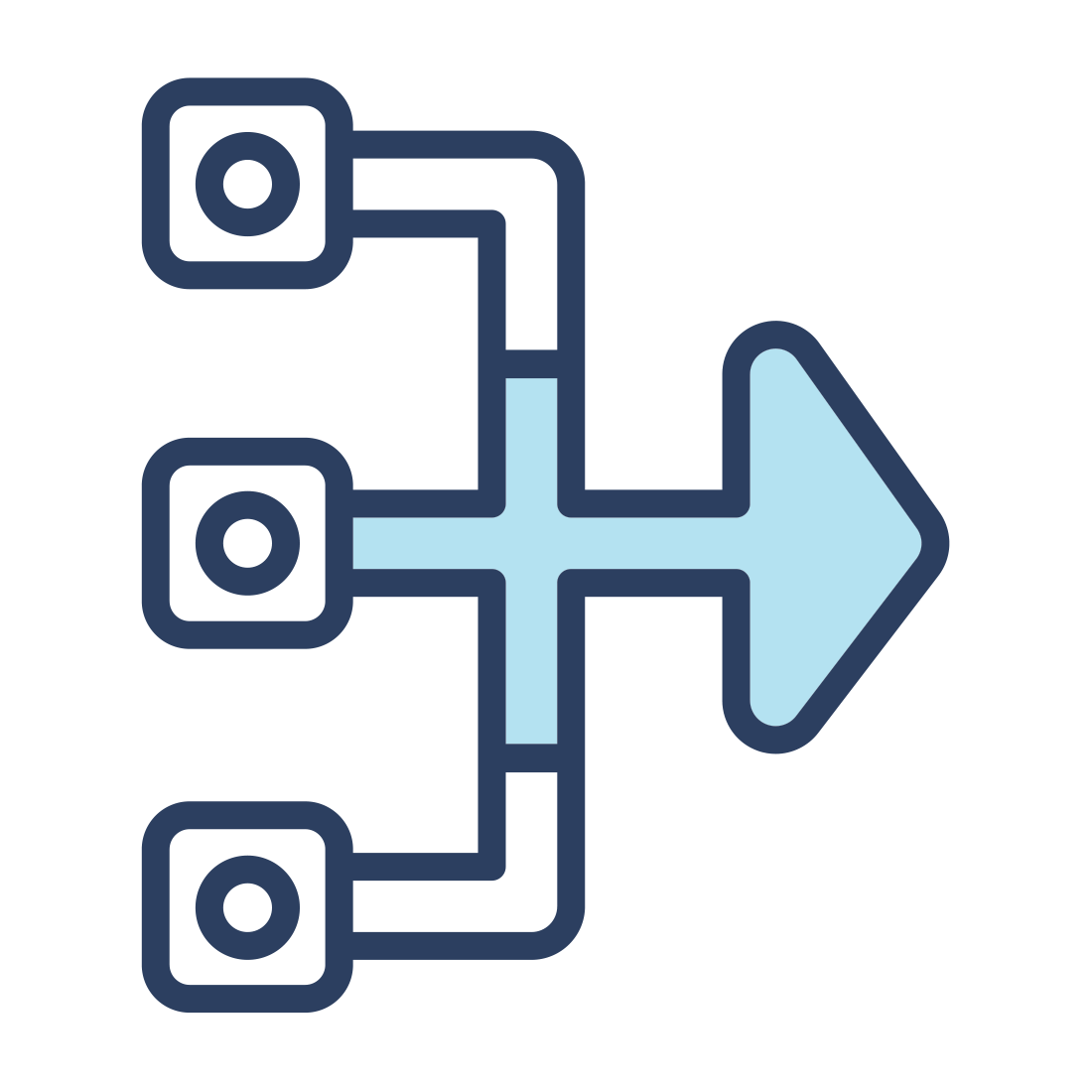 To attract the industries and the firms Niagara needs to grow and to diversify, we need a single, complementary strategy, and the support to turn our plans into reality. Niagara has so much to offer employers and businesses. Our challenge is to let the world know what we have and to market ourselves as the region to do business in. Niagara’s economic development departments must work as a single body and must be funded at a level that makes us competitive with comparable regions in Ontario. A single economic development department would allow the specialization of staff to attract key industries in e.g. manufacturing and tech and more resources for attracting international business to Niagara. 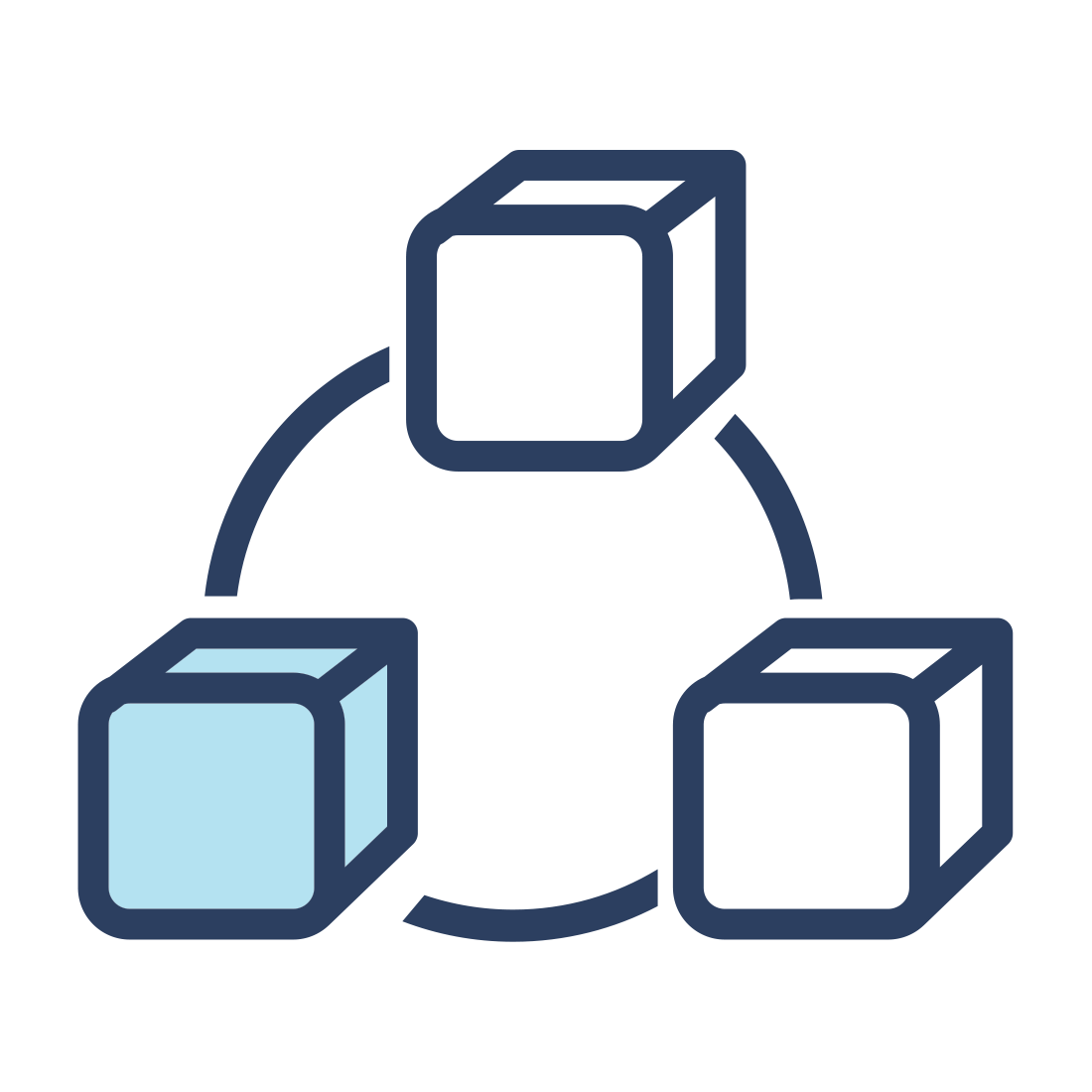 Niagara’s many services are often overlapping and redundant. Even where this is not the case, a single body would save on public funds for staffing, offices, and so forth, and would permit greater economies of scale in procurement.

A potential example that could be used as a model for Niagara is the Municipal Partnering Initiative (MPI), consisting of 18 northern Cook County and Lake County municipalities in Illinois. Under this model, subcommittees were formed to evaluate and write bid specifications for groups of services and commodities such as public works and construction.  Beginning with a core group is easier, but can often feel exclusive and although it is easier to get a cooperative program off the ground with a small group, that same approach can endanger its expansion. 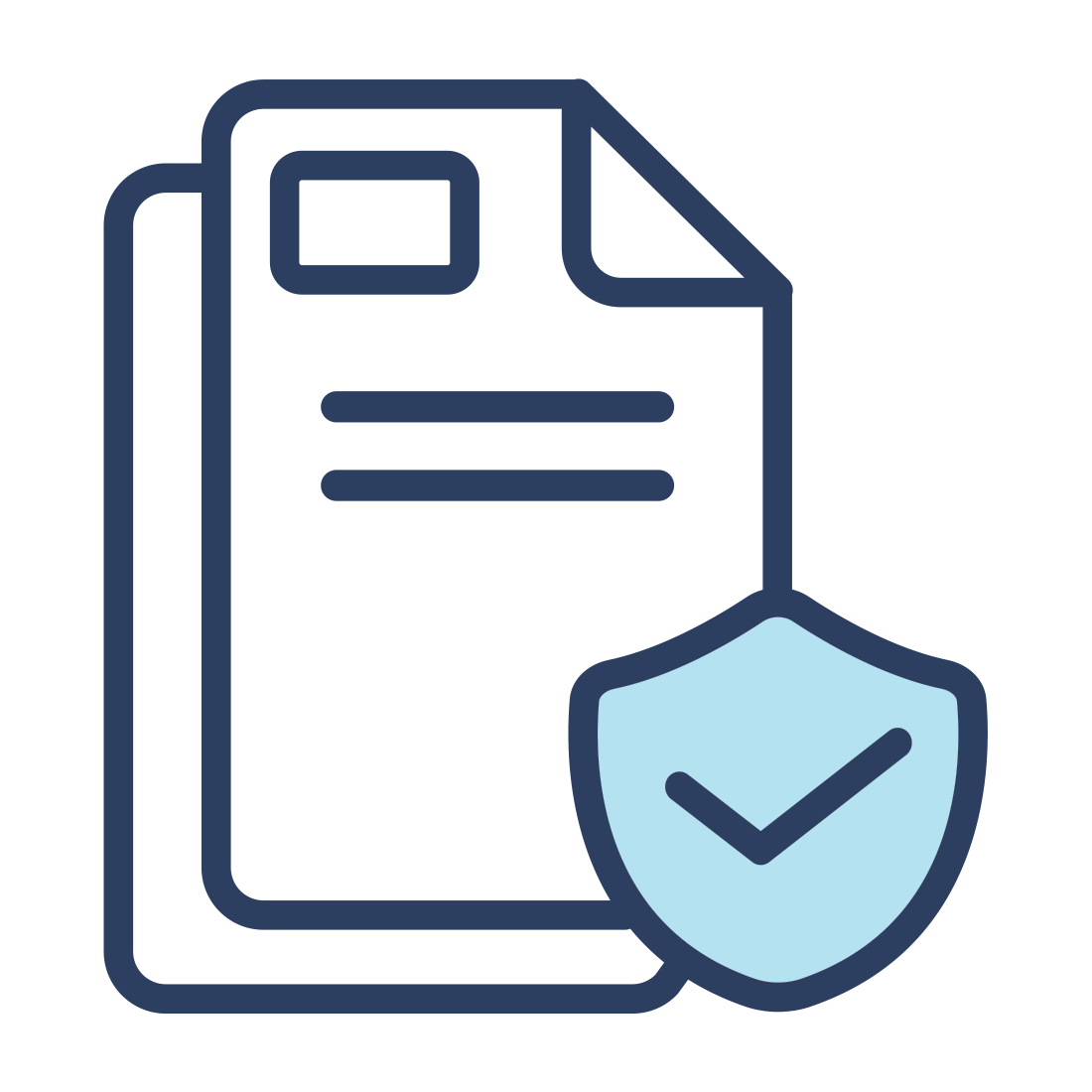 There are thirteen municipal governments in Niagara, and any business here must work with at least four governments at various levels. The cost of permits and fees, when not set optimally, can be a deterrent to doing business in any community. It is imperative that these costs be seen not only as a revenue-generator for municipal government, but as a tool with which the government can influence planning in desirable ways.

Communities should remain free to use fees and taxes as tools to encourage the types of growth their citizens deem desirable, but to truly encourage growth, communities should also ensure that their fee and tax structures are coordinated with each other, particularly between the Region and the other twelve municipal governments. Municipal governments should create, fund, and staff a regional liaison body to harmonize permits and fees.

The cybersecurity playing field is always changing. How do you keep up with new technology and software while also keeping… more »

Kim Jong-Un — the North Korean dictator — is not normally seen as a trendsetter; however, he clearly leads the… more »