New measures proposed in the 2022 Fall Economic Statement include:

2.  Investing in Jobs, Growth, and an Economy That Works for Everyone:

The total value of building permits in Canada fell 17.5% in September to $10.2 billion, the largest recorded monthly decline. This was the first time all survey components posted monthly decreases since September 2019. Both the residential (-15.6% to $7.0 billion) and the non-residential (-21.5% to $3.2 billion) sector posted declines.

The value of building permits in the multi-family component tumbled 21.2%. This drop was largely due to Ontario, which fell 39.6% following a record high in August.

The EDI Coordinating Council at Niagara College has launched its new Equity, Diversity and Inclusion (EDI) website – niagaracollege.ca/EDI – which is a resource and learning tool for all at Niagara College to uphold the values of respect and inclusivity.

The College recognizes that a welcoming and inclusive culture is strengthened by a diversity of perspectives and talents that allow students and employees to thrive.

Ontario’s Ministry of Education is telling school boards ahead of an education worker strike Friday to make “every effort” to keep schools open and otherwise pivot to remote learning.

The government is expected to pass a bill today that would impose a contract on the workers represented by the Canadian Union of Public Employees and ban them from striking, with steep fines if they don’t comply.

But CUPE has said its workers, including educational assistants, custodians and administrative staff, will start a strike Friday “until further notice,” even if the legislation passes and makes a walkout illegal.

Education workers, represented by the Ontario Public Service Employees Union (OPSEU/SEFPO/NUPGE) will walk off the job this Friday in a show of solidarity with their CUPE colleagues who are set to stage a province-wide protest against Stephen Lecce and the Ford government’s Bill 28.

A Niagara-on-the-Lake developer is claiming a legal victory over the town is not just a win for his company, but for the town’s residents as well.

The Court of Appeal has overturned an earlier decision dismissing an application by Hummel Properties Inc. that sought to quash an interim control bylaw (ICB) the town enacted in 2018. The decision opens the door for a new case to be heard on the issue.

“In righting this wrong, we hope to send a clear message to the new council and to other municipal councils that in carrying out their important legislative mandate, they must ensure that they act lawfully and that they govern themselves at all times within the principles of transparency, accountability and good faith,” said Rainer Hummel, president of Hummel Properties, in a press release.

Introducing the moderators of the Niagara Economic Summit 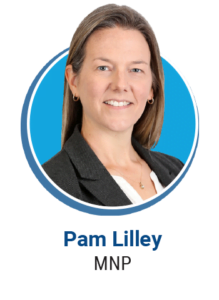 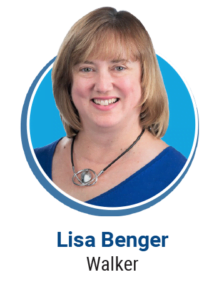 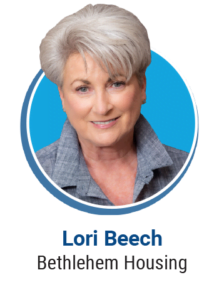 Guiding the conversations on the Summit’s three panel discussions are our moderators. Each is an expert in the panel’s field, and joins us for their expertise and their ability to focus the discussion into the policy answers we need to build prosperity in Niagara.

Boom or Bust, the panel on our economic future, will be moderated by Pam Lilley of MNP. Pam is a member of MNP’s Assurance and Accounting team in St. Catharines. Pam helps private companies with their accounting and internal control needs, as well as their statutory and regulatory reporting requirements. She brings more than two decades of experience to her work and a strong understanding of the challenges faced by the companies she serves.

The War for Talent, in which we tackle the labour shortage question, is moderated by Lisa Benger of Walker Industries. Lisa is a business-focused Human Resources professional and is currently the Senior Vice President, Human Resources and Health & Safety at Walker Industries, headquartered in Thorold, Ontario. She previously served as a Director with Niagara Workforce Planning Board and as Co-Chair of Niagara Local Immigrant Partnership Council.

Housing the Future, where our panelists will discuss the housing crisis, will be moderated by Lori Beech of Bethlehem Housing. Lori has 28 years’ experience in Director and Management roles in the not-for-profit sector, government agencies, provincial and national associations. For the past 10 years, she has held the position of Executive Director at Bethlehem Housing and Support Services, one of the largest non-profit housing organizations in the Niagara Region. She serves as Chair of the Niagara Region Home for All – Housing Affordability Innovation Committee and a member of the Niagara Region Housing and Homelessness Community Advisory Board and Task Force Committee

Tickets for this year’s Niagara Economic Summit are sold out! Click here to sign up for the waitlist.

“Greenwashing” involves making environmental (i.e., “green”) claims which may leave consumers with the false or misleading impression that a product or service is “environmentally friendly” when, in fact, it is not. In Canada, greenwashing – as a form of misleading advertising – is largely governed by the Competition Act (the “Act”). Specifically, section 74.01(1) of the Act sets out the general civil prohibition against making representations to the public for the purposes of promoting a product, service or business interest that are false or misleading in a material respect. Section 52(1) of the Act contains the general criminal prohibition against misleading advertising. This section prohibits a person from knowingly or recklessly engaging in the activities prohibited by section 74.01(1).

While it is far from a novel issue, greenwashing has become increasingly prevalent in recent years. A global sweep of over 500 websites by the International Consumer Protection Enforcement Network (“ICPEN”) and the UK Competition and Markets Authority (the “CMA”) found that over 40% of these websites appeared to be using green advertising tactics that could be considered misleading and therefore may be in contravention of applicable consumer protection laws.