The Government of Ontario recently announced that it intended to review and possibly reform the governments of several municipalities across the province, including Niagara.

In summary, Niagara’s governance model should offer transparency, better government services, and faster decision-making. Cutting the number of politicians is a goal, even if it results in reduced access to those politicians, but reformers should tread carefully around the subject of community character and ensure that it is preserved as much as possible.

The majority of respondents–76%–felt that governance in Niagara needs reform, with only 10% feeling that it did not. Niagara’s top goals for government are transparency, more and better municipal services, and speedier decision-making. Very few felt that access to elected representatives was a priority, with only 19% of respondents unable to tolerate some reduction in access if it meant fewer politicians overall. Opinion was divided over whether amalgamations posed a risk to the unique character of Niagara’s communities. 49% of respondents felt there was no risk, but 45% felt that there was some measure of risk. However, a slim majority–55%–felt that this would be an acceptable price for governance reform.

The full results of the survey may be found below. 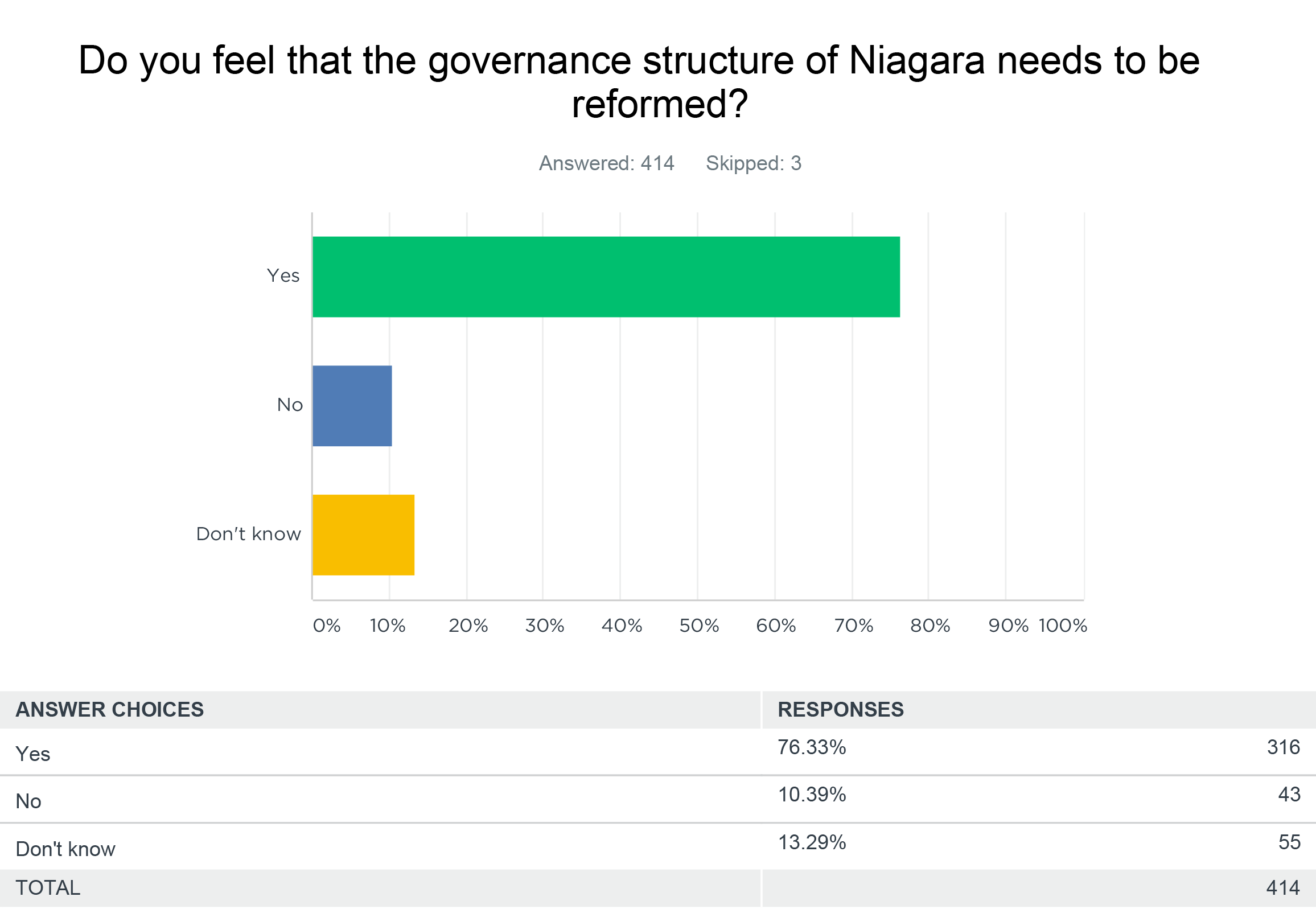 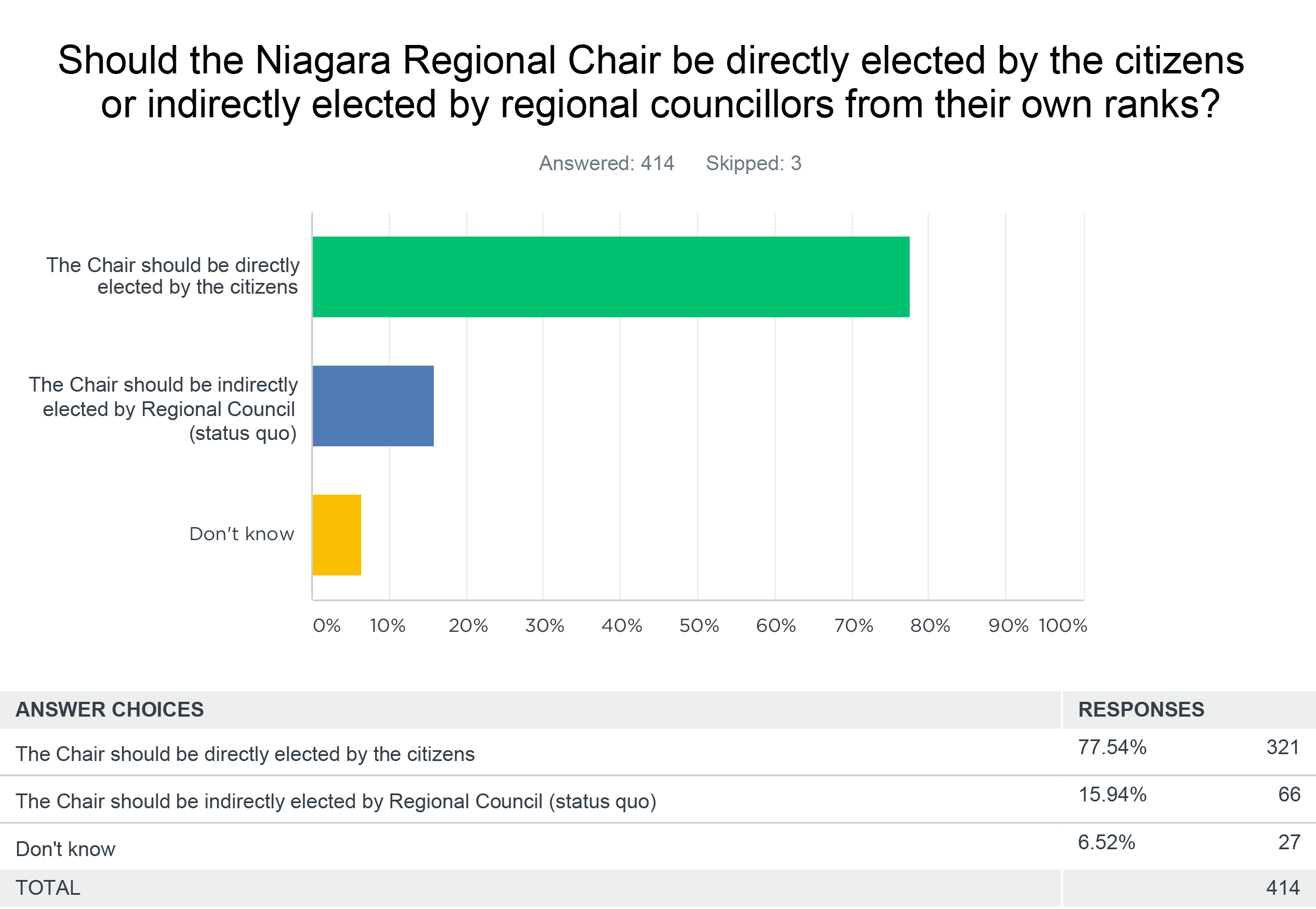 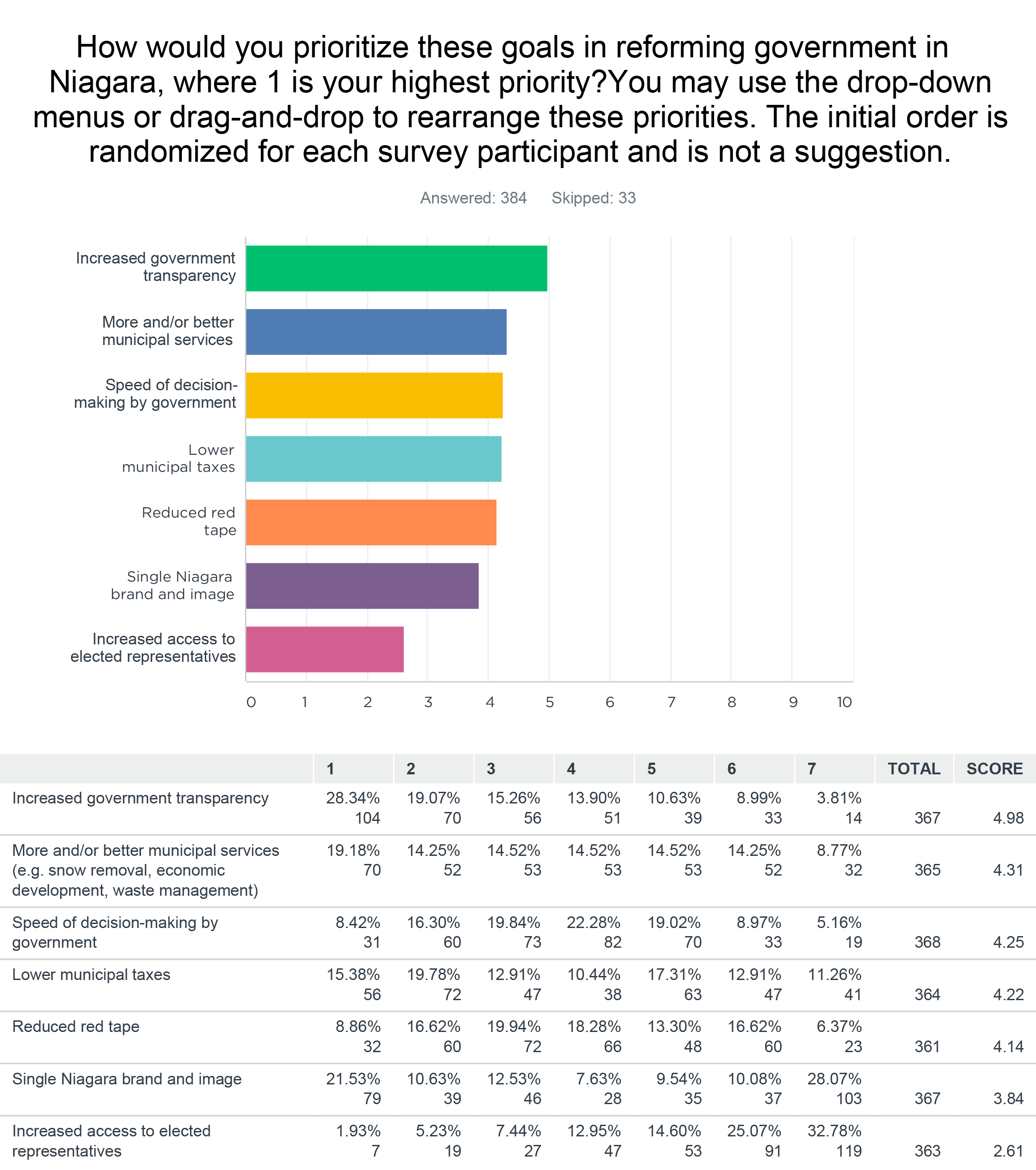 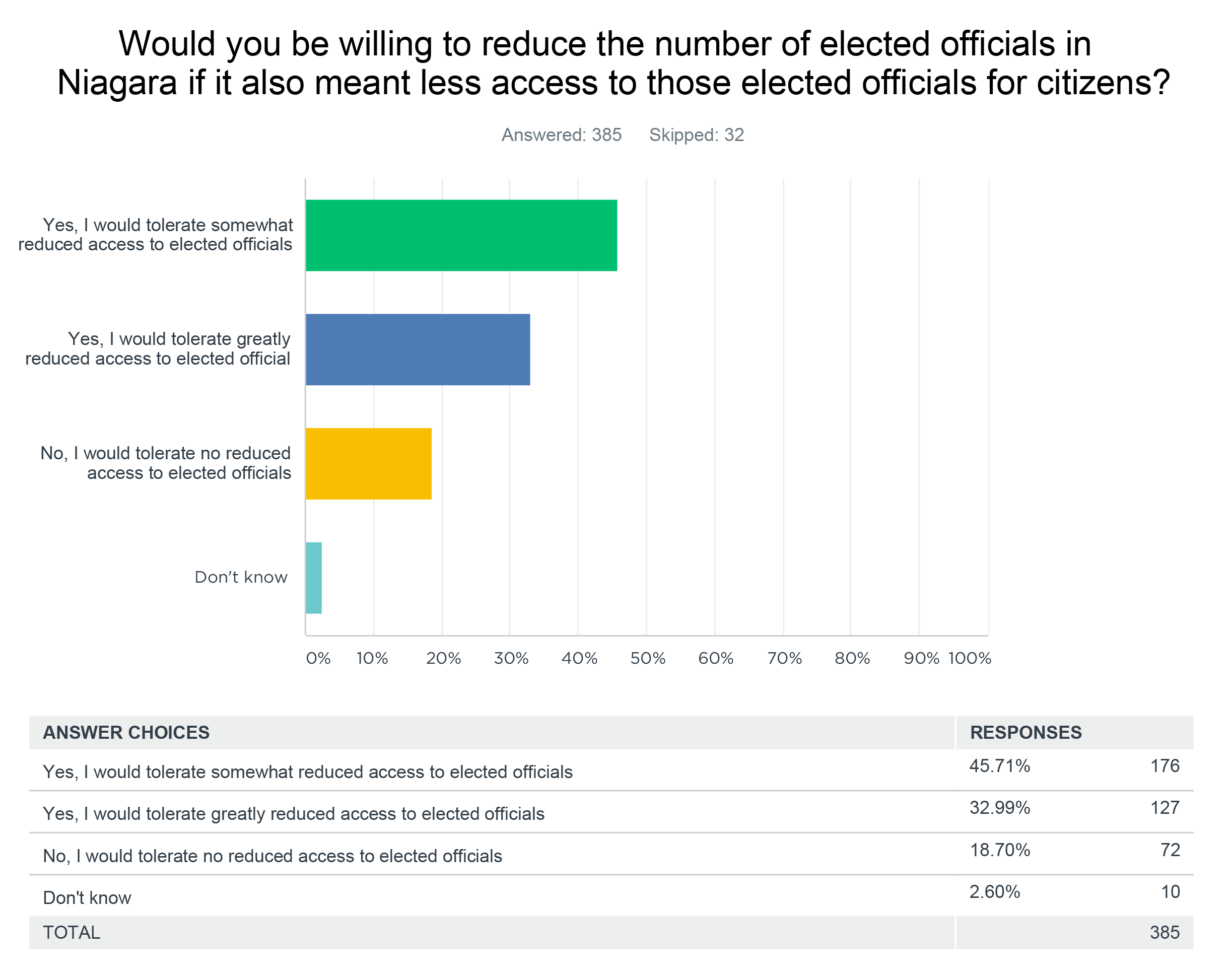 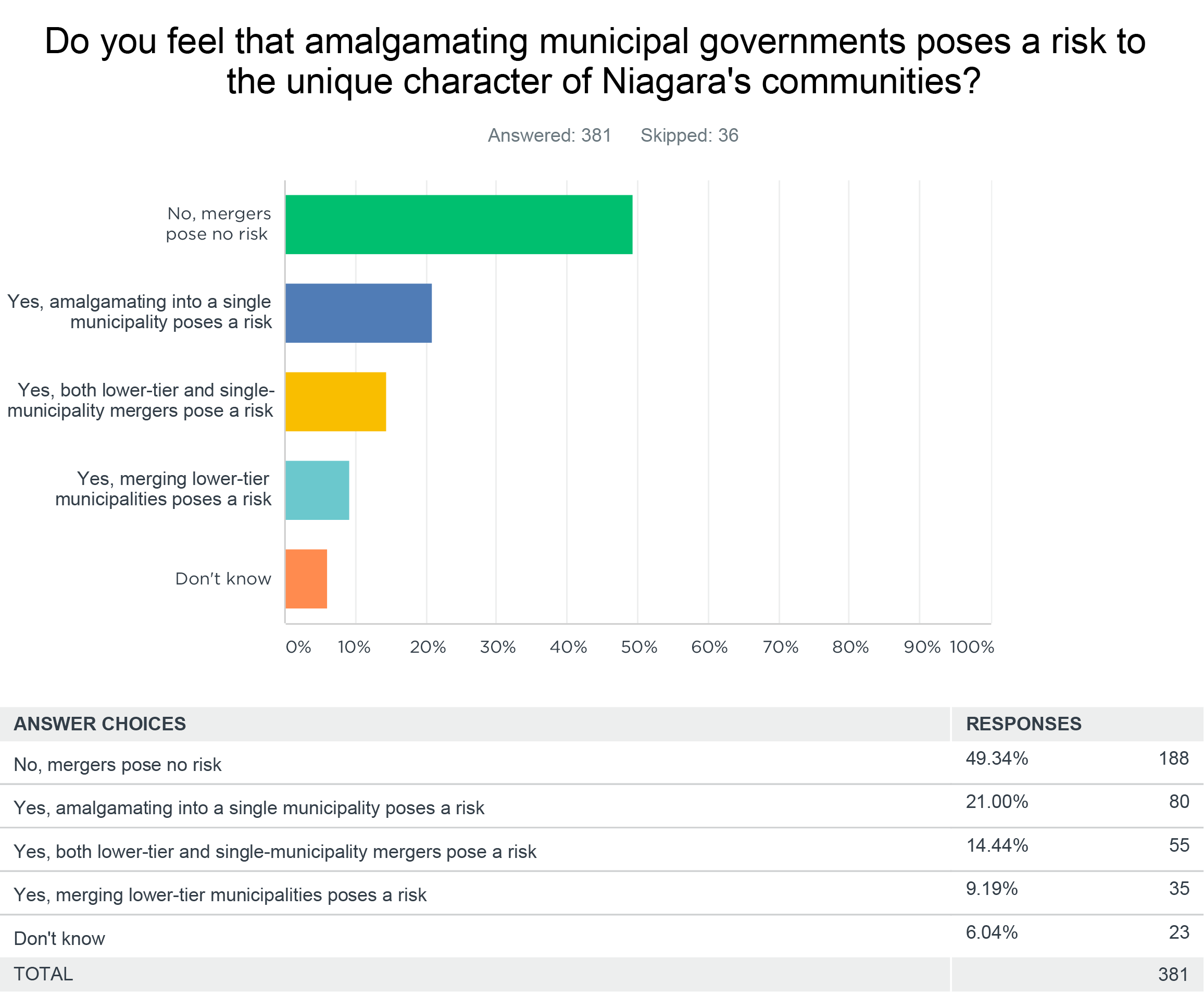 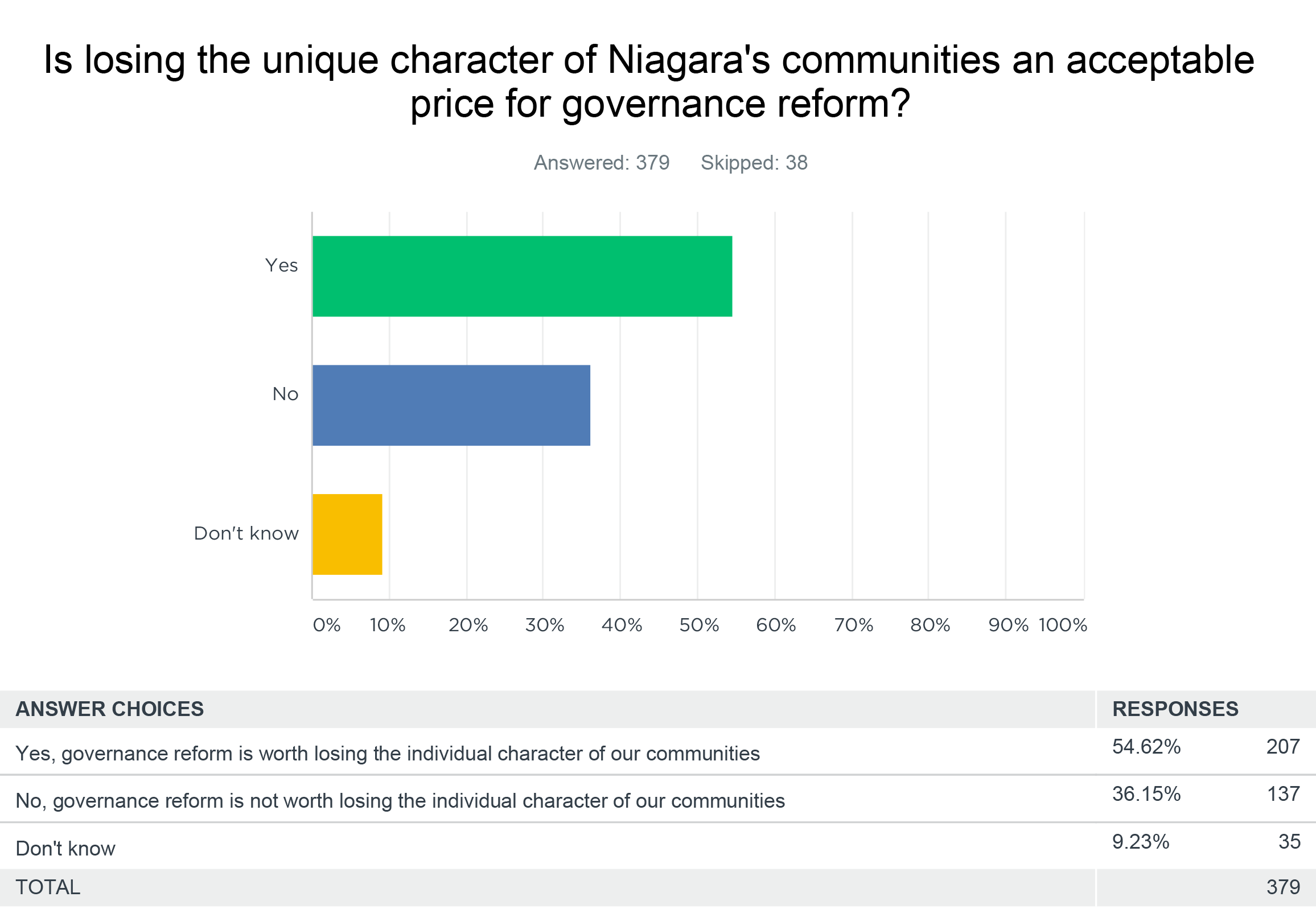