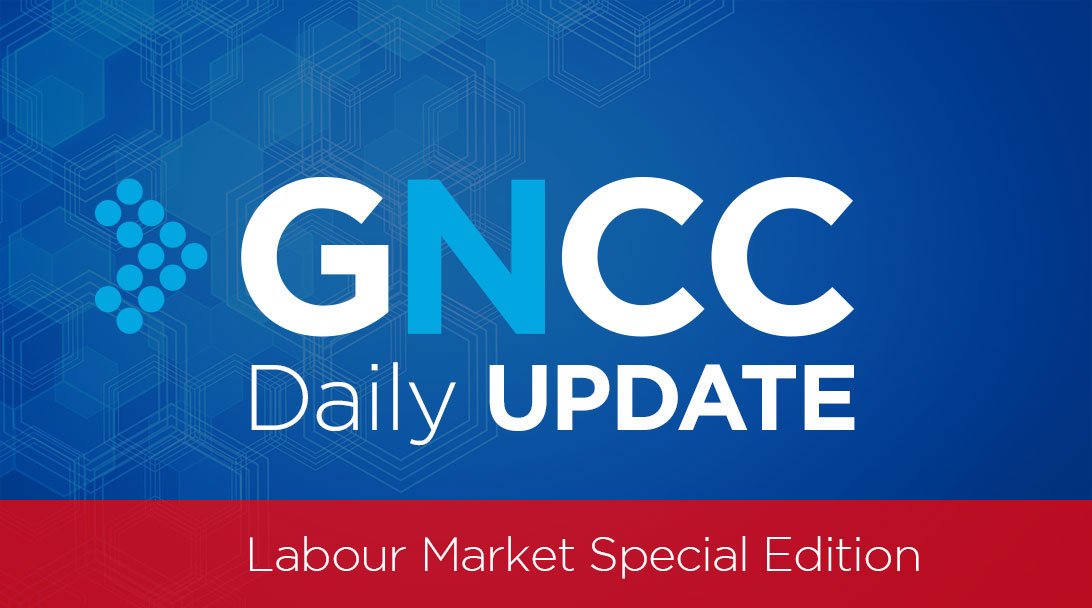 Niagara’s unemployment rate rose to 5.8% in August, up from a low of 4.5% in June, yet still markedly lower than last August’s rate of 10.6%. The participation rate declined slightly again to 60.1%, down from 61.1% last month, but also higher than last year at 59.3%. Labour force participation is measured as people aged 15-64 either working or actively seeking work.

Employment gains in various industries, including “other services” and professional, scientific, and technical services, were more than offset by declines in educational services and construction. 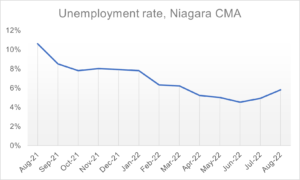 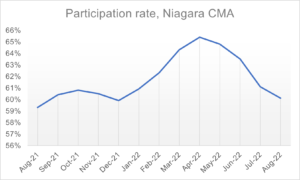 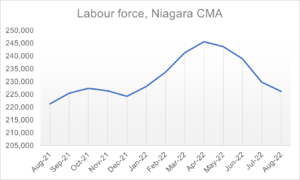 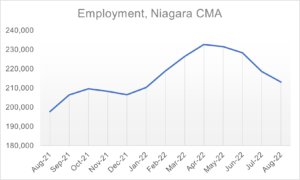 Do you know a dedicated community volunteer? Why not nominate them for one of the City’s prestigious volunteer awards? Nominations for the volunteer awards are open until Friday, October 7, 2022. A fun indoor event will be taking place on Monday, November 7th to honour the award recipients.

The Annual Niagara Falls Volunteer Recognition program provides an excellent opportunity to honour and recognize the many outstanding volunteers in our community.

Canada shed jobs for a third straight month in August, in a sign higher interest rates may be starting to cool the overheated economy, official data showed on Friday, though economists said it was unlikely to force a central bank pause.

The Canadian economy lost a net 39,700 jobs in August, missing analyst forecasts that it would add 15,000, Statistics Canada data showed. The jobless rate rose to 5.4%, missing calls it would edge up to 5.0% from a record low 4.9% in July.

Those who think central bankers are powerful and manipulative might ask themselves why people like senior deputy governor Carolyn Rogers don’t just snap their fingers and make inflation go away.

The Bank of Canada officials have declared they will be “resolute” in crushing inflation, squeezing it down to the bank’s two per cent target range. But that process may be long and painful as rates keep rising.

Even as Rogers warned on Thursday that Canada faces an “expectations spiral,” trying to change the direction of inflation is akin to turning the Titanic after you’ve spotted an iceberg through the fog.

Economists are warning Prime Minister Justin Trudeau’s government against using windfall revenue to add to spending amid concerns about inflation.

The calls come as the government prepares to double federal goods-and-services tax rebates for six months and support Canadian households struggling to pay rent. The plan, meant to be announced Thursday but temporarily delayed by the death of Queen Elizabeth II, is in addition to refunds and cash handouts already distributed by provincial governments.

Canada benefited from surging energy prices earlier this year, which helped the nation swing into recurring trade surpluses for the first time since 2014, and generated large revenues for the federal and provincial governments.

The quiet quitting data has arrived

Despite its name, quiet quitting doesn’t technically involve any quitting. It essentially just means completing your job without spending extra energy going above and beyond at work. The term, which has made the rounds online, now has data to back itself up.

Remote and hybrid workers under the age of 35 are driving the trend. Since 2019, the number of young workers who feel that someone encourages their development at work has dropped 12 points, and less than four in ten say they even know what’s expected of them at work.

Family businesses have a talent-acquisition advantage

The workplace landscape looks entirely different than it did a few years ago. The combination of a booming economy, a global pandemic, and worker job dissatisfaction sparked the Great Resignation. Additionally, record low unemployment has given employees the advantage to be critical of employers, as well as mobile. Talent retention and acquisition are bigger priorities than ever for many companies, especially those focused on growth. Since it is likely that these challenges will persist, businesses will need an employee-centric strategy that’s built on trust and definitive action to win the war for talent. 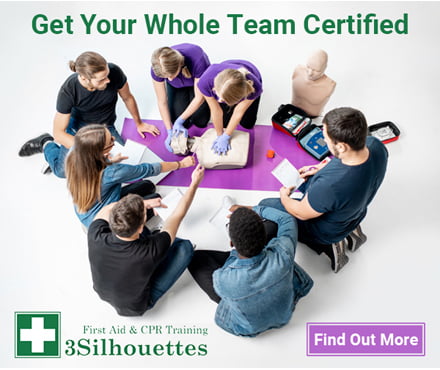