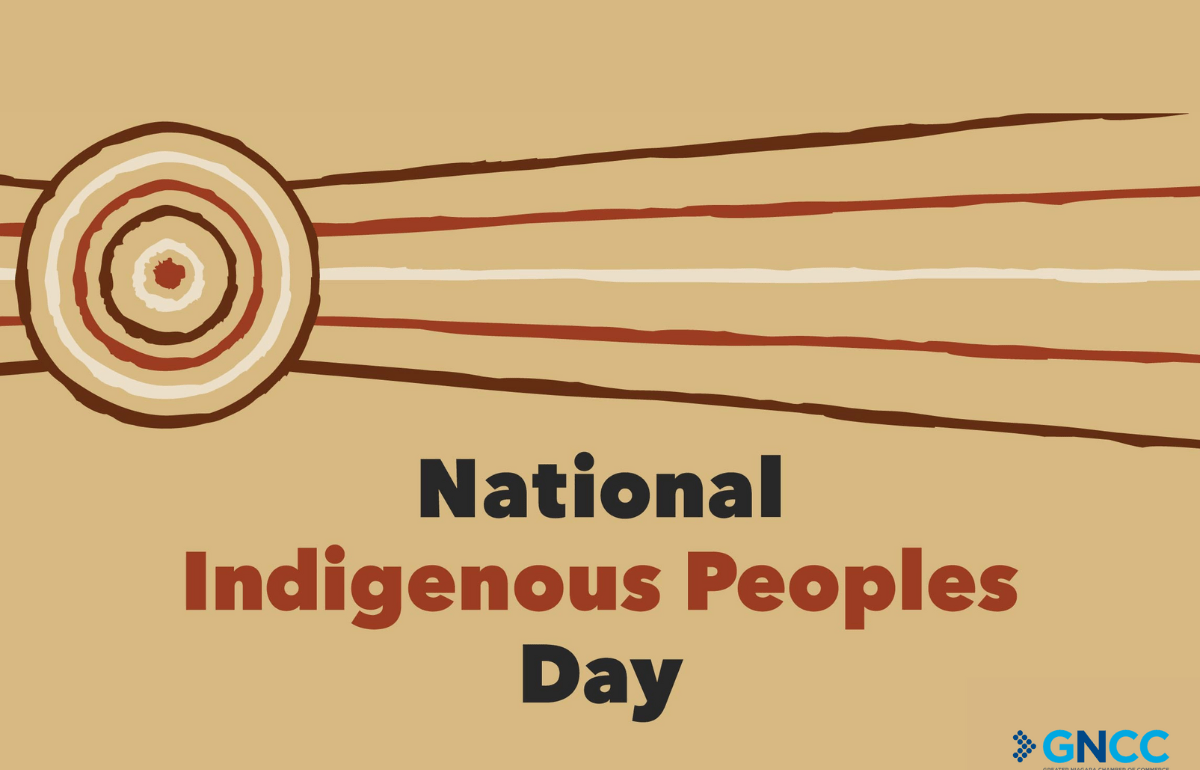 June 21 is National Indigenous Peoples Day. This is a day for all Canadians to recognize and celebrate the unique heritage, diverse cultures and outstanding contributions of First Nations, Inuit and Métis peoples. The Canadian Constitution recognizes these three groups as Aboriginal peoples, also known as Indigenous peoples.

Although these groups share many similarities, they each have their own distinct heritage, language, cultural practices and spiritual beliefs.

In cooperation with Indigenous organizations, the Government of Canada chose June 21, the summer solstice, for National Aboriginal Day, now known as National Indigenous Peoples Day. For generations, many Indigenous peoples and communities have celebrated their culture and heritage on or near this day due to the significance of the summer solstice as the longest day of the year.

The Canadian Horseshoe and American Falls will shine orange tonight in celebration of National Indigenous Peoples Day. The Niagara Falls Illumination Board will be illuminating both sides of the falls in orange tonight from 9:45 to 10:00 pm.

The Fort Erie Native Friendship Centre has started a day full of events at the centre on Buffalo Road.

The Niagara Region Native Centre is hosting opening ceremonies at St. Catharines City Hall this morning 9 o’clock, and will end the day with the ‘Land Back Unity Jam.’

Musical performances will start at 4 o’clock and continue until sunset in the backyard of the Performing Arts Centre in downtown St. Catharines.

“Today, on National Indigenous Peoples Day, we invite Canadians to learn about the linguistic and cultural diversity as well as the outstanding contributions of First Nations, Inuit and Métis.

“It is an opportunity to reiterate the importance of the relationships we continue to build with First Nations, Inuit and Métis, grounded in respect and cooperation, and to reaffirm our commitment to Indigenous Peoples to support their visions of self-determination.

“The Government of Canada recognizes the distinct languages, cultural practices, heritage and spiritual beliefs of First Nations, Inuit and Métis in Canada. On National Indigenous Peoples Day, we encourage everyone to celebrate and honour Indigenous knowledge and experiences, in the spirit of reconciliation.

“While today is a time to celebrate, it is also an opportunity to recognize and reflect on the work that remains. This year marks the second commemoration of National Indigenous Peoples Day since the discovery of unmarked graves at the former Kamloops Residential School, a sad revelation now echoed across multiple other communities in Canada and a tragic reminder of the historic and ongoing trauma that Indigenous Peoples continue to suffer. Reconciliation relies on our continued commitment to confront the difficult truths and realities of our collective past and the lasting impacts of colonialism.”

The Hope for Wellness Help Line provides immediate, toll-free telephone and online chat-based support and crisis intervention to all Indigenous Peoples in Canada. This service is available in English and French and, upon request, in Cree, Ojibway and Inuktitut. Counsellors are available by phone at 1-855-242-3310 or online chat at www.hopeforwellness.ca.

The National Residential School Crisis Line is available to provide emotional and crisis referral services by phone, 24 hours a day, at 1-866-925-4419.

One year later in the fourth quarter of 2021, the number of unemployed decreased by 513,900. As employers faced the challenges associated with mounting job vacancies, the pool of unemployed workers who could have filled vacant positions continued to dwindle, with further decreases in unemployment (-21.2%; -295,500) from October 2021 to March 2022. According to the Labour Force Survey (LFS), the unemployment rate dropped to a record low of 5.3% in March 2022, then again to a new record low of 5.1% in May 2022. As a result, the ratio of unemployment to job vacancies fell to 1.3 in the first quarter of 2022, less than half the level in the first quarter of 2021 (2.9).

OECD projects the global economy will weaken sharply – where does Canada stand?

The latest forecast for the global economy shows a grim outlook of the world torn by the COVID-19 pandemic and Russia’s war against Ukraine.

Almost all countries are expected to experience slower growth in 2022-23 due to the ongoing Russia-Ukraine war, according to a recent report by the Organization for Economic Cooperation and Development (OECD).

With the ongoing Russia-Ukraine war, OECD recently lowered its estimates for global growth, slashing it to 3 per cent in 2022 from 4.5 per cent projected last year.

Posthaste: Why these economists think Canada’s housing correction is going to be worse than they feared

Evidence that Canada’s housing market is cooling has been obvious for several months, but now some economists say signs are appearing that the reckoning will be worse than they had feared.

An increasingly hawkish Bank of Canada, the widening of mortgage spreads and news that a lender has suspended new loan applications has prompted Capital Economics to deepen its forecast of home price declines to 20%.

Mortgage spreads dropped during the pandemic when lenders were eager to offer homebuyers financing, but this trend has reversed in recent months.