Over half Ontario adults have had a second dose of a COVID-19 vaccine, while more than 78 per cent of adults have received at least one dose.

Over half of Ontario adults vaccinated with second dose

More than half of all adults in Ontario have now received a second dose of a COVID-19 vaccine. The vaccine rollout continues to reach all individuals aged 12 and over with first and second doses, while the province prepares for Step Three of the Roadmap to Reopen. To date, more than 78 per cent of adults aged 18 and over have received at least a first dose and more than 51 per cent have received both doses, ensuring the strongest possible protection against COVID-19.

The Government of Canada will continue to work with provinces, territories, and Indigenous partners across the country to build a Canada-wide early learning and child care system.

The provincial investment will help create a fully equipped community centre with improved accessibility, a full-sized gymnasium, an accessible indoor walking and wheeling track, and a creative outdoor recreation space. The Peach King Centre will also have more gathering spaces and multi-purpose rooms for use by the Grimsby community including youth, cultural, preschool and EarlyON spaces.

In total, the expansion and renovation of the Peach King Centre in Grimsby will cost approximately $21 million.

With the departure of Gervan Fearon, the Board of Trustees appointed Wells as Interim President and Vice-Chancellor for a period of up to two years while a search for a successor is completed. She will continue as Provost as well during this time.

Wells, who first joined the University in July 2020, says Brock is on track for an “exciting couple of years,” with plans to relocate its Hamilton campus to Burlington, development of the University’s Engineering programs, expansion of continuing education and the arrival of the Niagara 2022 Canada Summer Games.

But at the forefront, as planning continues for a significant return to campus this fall, the safety of students, faculty and staff remains the University’s top priority.

As part of its plan to reduce red tape and create a more competitive business environment, the Ontario government has amended the Drainage Act to reduce regulatory burden and streamline approvals for farmers, rural landowners and municipalities undertaking drainage projects.

Lambda, or C.37, is one of the latest variants of the virus behind COVID-19, and it’s now being reported in Canada, the CBC is reporting. While only a small number of cases have been reported countrywide so far, public health officials are keeping a close eye on this variant of interest first identified in South America. The first samples were found in Peru back in August 2020, but it was only deemed a variant of interest by the World Health Organization (WHO) in mid-June.

In Canada, 11 cases of the variant have been reported as of July 5, the Public Health Agency of Canada (PHAC) told CBC News in a statement.

It will cost about $75 billion to zero out greenhouse gases from oilsands operations by 2050, with a good deal of the costs borne by taxpayers and many loose ends yet to be tied up, according to two of the industry’s top CEOs.

To achieve the goal announced last month, about half of the emission cuts would need to come from capturing carbon at oilsands sites and sequestering it deep underground, which may require as much as two-thirds government capital like in Norway, Mark Little, chief executive office of Suncor Energy Inc., said in an interview. It’s still unclear how and when most of the projects will be implemented, or which agreements will be needed, but it’s clear the industry doesn’t want to do it alone.

Wildfires burning across British Columbia damaged rail lines and brought train shipments to a grinding halt, causing a backlog of deliveries of all sorts of freight that is only now starting to slowly clear.

Rail giants CN and CP warned their customers earlier this week that fires damaged major rail lines in the interior of the province, making them unsafe to use. That caused trains to back up along the network, idling thousands of rail cars and stranding their contents.

Canadian miner Teck Resources said it expects it to sell as much as 500,000 fewer tonnes of steelmaking coal due to the rail disruption, as it can’t get its product efficiently to customers.

Make your brand’s nickname work for you

Consumers having been driving Chevys, drinking Cokes, shopping at Tarjay, and eating at MickeyD’s for decades. But as more and more brand engagement moves online, how should marketers approach these brand nicknames in an increasingly digital landscape?

In a recent study, we investigated how brand nicknames can influence both consumers’ engagement with brands and how credible they find a brand’s communications. In the first part of the study, we conducted an analysis of more than 10,000 consumer-written tweets that referenced three well-known brands, and compared share and like rates for posts that used formal name hashtags (e.g., #chevrolet, #buffalowildwings, and #newenglandpatriots) with posts that used nickname hashtags (e.g., #chevy, #bdubs, and #pats). We found that nicknames had a clear positive impact on engagement: On average, consumer tweets that used nickname hashtags were shared twice as much and liked three times as much as tweets that used the formal name hashtags.

Step Three of the Roadmap to Reopen will begin when Ontario has vaccinated 70-80% of adults with one dose, 25% of adults with two doses, has positive public health indicators, and has been in Step Two for at least 21 days. Step Two began at 12:01 a.m. on June 30, 2021. 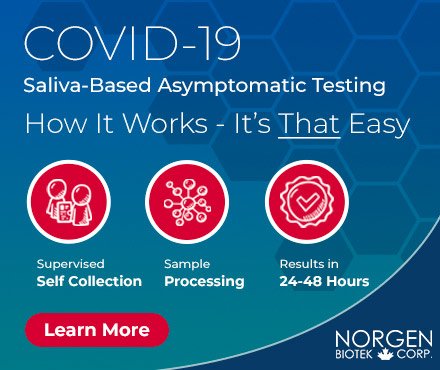