On International Repetitive Strain Injury Awareness Day – February 28, 2021 – the Canadian Centre for Occupational Health and Safety (CCOHS) is encouraging workplaces across Canada to help spread awareness on preventing these debilitating injuries in the workplace. Also known as musculoskeletal disorders, repetitive strain injuries are an umbrella term used to describe a family of painful disorders affecting tendons, muscles, nerves and joints in the neck, upper and lower back, chest, shoulders, arms, and hands.

On Monday night, following a public meeting on proposed 2021 water / wastewater rates, Council approved the 2021 Water and Wastewater Budget, including $6.9 million in contributions to capital infrastructure replacements and investments. Some capital spending prescribed under the City’s 10-year water and wastewater financial plan will be pushed back to offset the financial impacts of COVID-19.

In total $4.5 million will be contributed to watermain replacement, aiding in the prevention of water loss due to aging infrastructure, and about $2.4 million will be directed to sanitary sewer replacement and pollution control projects. These investments aim to ensure residents can rely on safe drinking water delivered by the City in an environmentally sustainable way.

Infrastructure investments, alongside increasing Regional water costs, will see the average homeowner paying an additional $16.14 for water / wastewater in 2021. This increase is smaller than in recent years as the City continues efforts to offset costs for homeowners dealing with the financial impacts of the pandemic. Even with a slight increase St. Catharines water / wastewater rates are the third lowest in Niagara.

The City of Port Colborne and Port Cares have formed a partnership to address the lack of affordable housing in the city. A Memorandum of Understanding (MOU) between the City and Port Cares has been developed to foster mutual understanding, a collaborative approach, and help guide next steps in the research and due diligence phase of the affordable housing project proposed by Port Cares.

At their meeting on December 14th 2020, Port Colborne City Council supported a staff recommendation to declare the Chestnut Park lands as surplus and to convey the property to Port Cares for $1 and to develop a renewal plan for nearby Lockview Park based on community input and guided by the City’s Parks and Recreation Master Plan. The MOU is non-binding, but it demonstrates the commitment and intentions of both parties in working together to create more affordable housing units in Port Colborne. 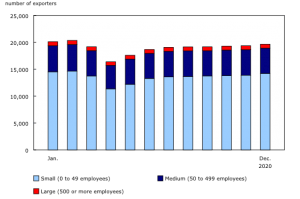 The number of exporting enterprises in Canada rose 1.4% in December to 19,649, the largest month-over-month growth since July. This occurred against the backdrop of tightening restrictions on business activity in several provinces to contain the spread of COVID-19.

By the end of the year, the number of exporting enterprises was up 19.9% from the low in April, but it was still 3.5% below pre-pandemic levels observed in February.

December’s rise in goods exporters was led by enterprises with fewer than 50 employees (+2.4%). These exporters, which are generally less integrated in global supply chains, had been among the most impacted during the initial months of the pandemic.

The number of enterprises that exported goods to the United States rose 3.9% in December to reach 16,627. After an almost 20% decline from February to April, the number of exporters to the United States in December had almost fully recovered to February levels (16,632). However, in terms of value, exports were still 7.2% below their February levels on a balance of payments basis.

All the jobs lost in 2020 were among workers that earned below average wages, with the lowest wage quartile seeing the largest decline. That is not very different than the trajectory seen in other recessions such as the 2008/9 financial crisis. What is different however, is that higher-income Canadians have experienced net job gains during the current crisis – an anomaly during a recession. So the surprise here is that, not only did high-wage earners not experience job loss, but in fact they have gained almost 350,000 jobs over the past year. The largest gain was observed among those in the fourth quartile of the wage scale, with year-over-year growth of more than 9% or 260,000 new jobs. In fact, if it were not for the increase in high-wage jobs during the recession, the overall level of employment today would have been almost one million below the pre-recession level.

Tiff Macklem’s Bank of Canada is toying with letting the economy run hotter than would have been thought safe only a few years ago, re-enforcing the likelihood that interest rates will remain extremely low for at least another couple of years. Macklem, who took over as governor in June, on Feb. 23 observed that the unemployment rate had been unusually low for an extended period of time before the pandemic, and yet inflation never took off.

It could have been a fluke. But in case it wasn’t, Macklem indicated that he and his deputies on the Governing Council agreed that they should probe the limits of their previous understanding of the relationship between employment and inflation. The pre-pandemic experience suggests the central bank needn’t fear inflation quite as much as it has in the past, which would allow policy-makers a freer hand to stoke economic growth. 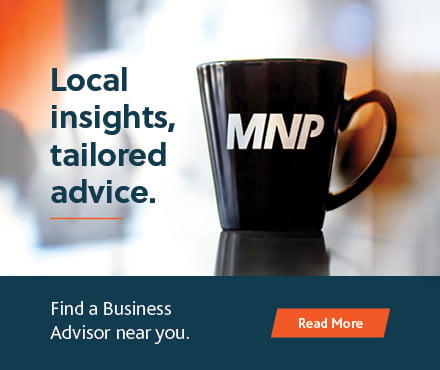 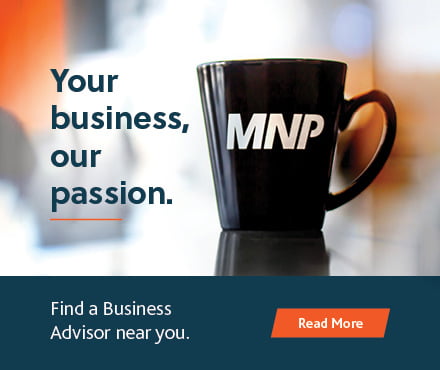