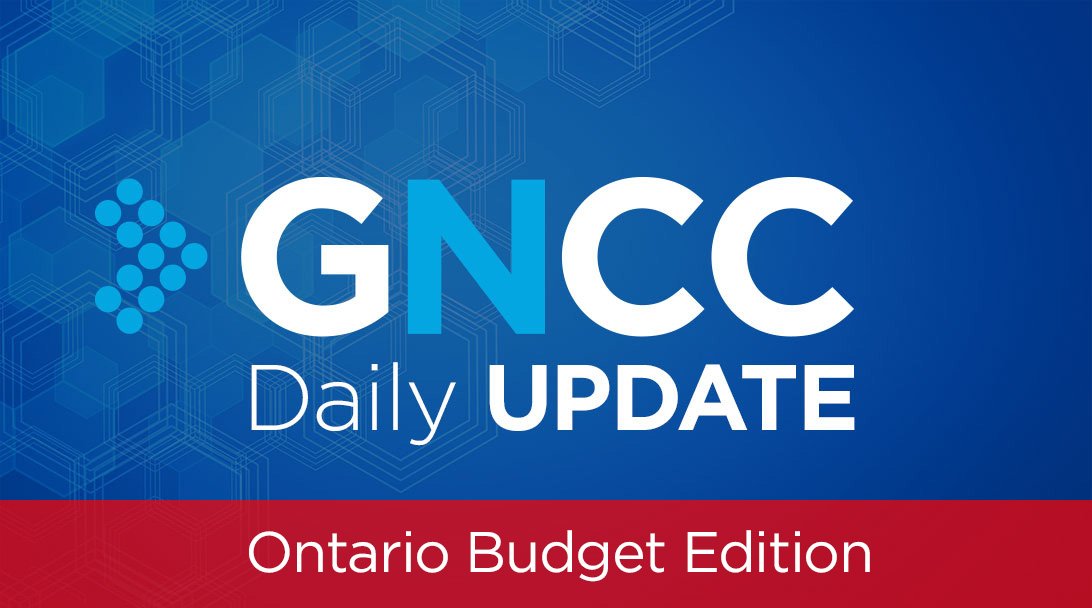 This update was delayed to include details of the Government of Ontario’s budget announcement.

The Government of Ontario has tabled its budget, which will form part of its platform for this year’s provincial elections. The budget contains significant investments in healthcare, worker training, and infrastructure, especially highways. Low-income families and seniors will also see some new perks, and future homebuyers and renters may see some relief if a pledge to build 1.5 million homes over the next 10 years is delivered.

Ontario’s deficit will rise this year to $19.9 billion, with the Ford government enacting new measures for seniors, low-income workers and auto commuters in a budget that holds out hope the province can return to balance in time for the next provincial election in 2026.

But asked four separate times whether he would actually pass the budget presented Thursday if the PCs win the June 2 election, Bethlenfalvy was less clear.

Globe and Mail: Ontario budget 2022 highlights: What you need to know about health care, highways and education

Ontario’s Progressive Conservative government released the 2022 budget Thursday, detailing its spending plans if re-elected to another term in June. Much of the budget rehashes commitments made by the government in recent months, including a planned 50-cent increase to the minimum wage in October.

Titled “Ontario’s Plan to Build,” the budget introduced by Ontario Finance Minister Pether Bethlenfalvy focuses on driving economic recovery from the COVID-19 pandemic by investing in the construction of highways, transit infrastructure and hospitals across the province. Here are the highlights.

The broad plans are outlined in the government’s annual budget tabled Thursday, a document that doubles as the Tory platform for the spring election campaign expected to kick off next week.

The auto insurance proposal is one of several budget goodies aimed at drivers, many of which had been previously announced and include a move to cancel licence plate fees and send rebates to drivers who already paid for them. Thursday’s budget revealed those rebates will cost the government $1.8 billion this year.

Premier Doug Ford’s government is set to release this year’s Ontario budget on Thursday afternoon — but it’s not a typical budget.

Ontarians should instead look at the document as a costed election platform from Ford’s Progressive Conservatives, something the party didn’t produce before winning a majority government in the 2018 election.

Ford’s government won’t pass this financial plan for the province. There’s just not enough time for it to pass through the process before next Wednesday, when the Legislature is dissolved and the election campaign officially begins.

If the PCs are re-elected on June 2, they’ll be able to bring this budget back to the legislature and pass it then.

Ontario Premier Doug Ford is banking on billions of dollars in infrastructure spending to get him re-elected to a second term in office, relying on continued deficits to fuel campaign promises.

The Ford government tabled “Ontario’s Plan to Build” on Thursday, a 241-page, $198 billion document that serves both as a provincial budget and an election platform for the PC party.

With the PCs enjoying a lead in public polling ahead of the June 2 election, the budget provided few surprises that weren’t pre-announced by Ford’s cabinet and the premier himself in recent weeks.

It also painted an optimistic picture of Ontario’s economic outlook – projecting tax revenue to steadily increase, program spending to increase even more, and the province’s books to slowly get back to balance after significant COVID-driven deficits.

In a budget delivered just over a month before voters head to the polls, in what amounts to an election platform, the Ontario government is promising to invest billions of dollars during the next three to five years to shore up infrastructure, boost the supply of critical minerals and commercialize promising technologies.

Despite the spending, the government said the economic recovery plan laid out Thursday could eliminate Ontario’s deficit two years earlier than projected in the 2021 budget.

Ontario will see its budget deficit rise this fiscal year as the economy slows and the government increases spending to help lower-income workers ahead of a June election.

Canada’s most populous province is forecasting a budget shortfall of C$19.9 billion ($15.5 billion) for the current fiscal year, up from C$13.5 billion in the year that ended March 31, Finance Minister Peter Bethlenfalvy said Thursday in his annual budget.

Ontario, which accounts for about 40% of the Canada’s gross domestic product, is heading to a June 2 vote that may be a referendum on Premier Doug Ford’s handling of the pandemic and the economic recovery. Ford’s Progressive Conservative Party holds a sizable lead in polls, according to public opinion tracker 338 Canada, but the official campaign has yet to begin.

National Post: With 2022 budget, Ontario PCs aim to be the Pragmatic Conservative Party

The good news about Ontario’s new budget is that it’s not packed with surprise goodies and giveaways designed to buy votes. That’s a commendable level of restraint in a pre-election budget.

Instead, the PC budget is laden with already-announced plans for economic growth, job training and infrastructure spending. The document is entitled Ontario’s Plan to Build, and that’s exactly what it is.

Not that the budget is entirely gimmick-free. Familiar affordability measures get a nod, with the licence plate refund and the temporary gas tax reduction leading the list. The government is also touting the seven separate programs that protect Ontarians from having to paying the real price of electricity.

Canada had 826,500 unfilled jobs in February

At the start of February 2022, employers were actively recruiting for an estimated 826,500 vacant positions, little changed from January.

There were 115,200 vacant positions in accommodation and food services in February, up 22.6% (+21,200) from January, coinciding with the easing of public health restrictions in many provinces.

The Canadian Chamber of Commerce stated that a critical ingredient in solving this issue will be reforming Canada’s Employment Insurance (EI) program. “We now have a once-in-a-lifetime opportunity to crack this stale nut wide open,” said Leah Nord, Senior Director of Workforce Strategies and Inclusive Growth at the Canadian Chamber.

Canada’s red-hot housing market is finally showing signs that it may be cooling. Sales volumes and listings have fallen as interest rates have started to rise. But even a dramatic drop in prices won’t put home ownership back into reach for many of those priced out of the market.

The home price index compiled by National Bank shows the national average soared 31.2 per cent in the two years since COVID-19 crashed into the world. Economist Daren King says, over the pandemic, demand has skyrocketed and supply has fallen leading to some record-setting statistics.

“Vertiginous price increases have been recorded in many cities included in the index over the past two years, including a 65 per cent increase in Halifax, 55.4 per cent in Hamilton and 39.8 per cent in Ottawa-Gatineau,” he wrote in a report.

Canadian lawmakers voted unanimously on Wednesday to call Russia’s attacks in Ukraine a “genocide”, with members of parliament saying there was “ample evidence of systemic and massive war crimes against humanity” being committed by Moscow.

Earlier this month, Prime Minister Justin Trudeau said it was “absolutely right” for more and more people to describe Russia’s actions in Ukraine as genocide, supporting an accusation made by U.S. President Joe Biden a day earlier.