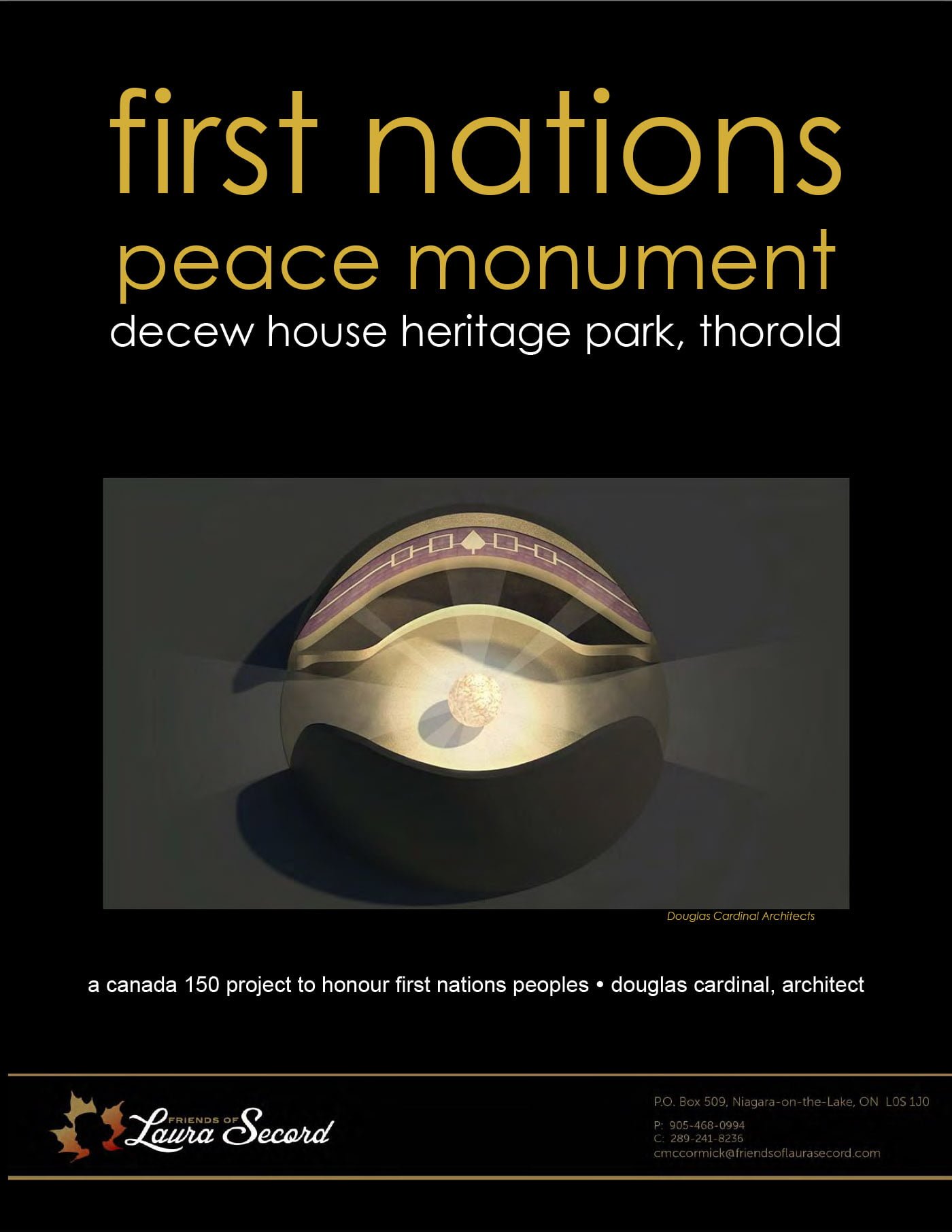 FIRST NATIONS PEACE MONUMENT
The First Nations Peace Monument is an incredibly important project for Canada, and certainly for the Niagara region.

“The opening ceremony is planned for Saturday October 7, the anniversary of the Royal Proclamation of 1763 that set out the core relationship between First Nations and the Crown, an important first step in recognizing existing Aboriginal rights, land title, and the right to self determination”

Over the past 150 years, Canadians have documented the evolution of the nation by celebrating leaders from the political, military, and demographic mainstream. But the story is incomplete.

On the eve of Canada’s Sesquicentennial, we will build an interactive interpreted monument that will amplify upon a well-known Canadian historical narrative to emphasize the vital contributions of First Nations peoples, and to remind Canadians of the critical importance of reconciliation and fellowship with First Nations communities.

Instead of merely re-telling the familiar but incomplete Eurocentric story, this project reveals how the battle was fought and won almost entirely by First Nations warriors – a feat which symbolizes many other profoundly important contributions and sacrifices made by First Nations peoples over the course of Canadian history. This story shows in microcosm how the relationship between new settlers and First Nations peoples was galvanized into a genuine and powerful alliance to defend their shared interests – a covenant that must be revisited today.

The monument will allow for interactive reflection upon events that took place in Niagara, but which were echoed across the nation – events which symbolize the wide range of First Nations contributions to the formation of Canada, and which deserve to be recognized, shared, and honoured by Canadians in our sesquicentennial year and beyond.

A PROJECT BY THE FRIENDS OF LAURA SECORD AND PARTNERS

See coverage from local media on the start of the construction for the accessible pathway at the monument site, thanks to support from the Rick Hansen Foundation Access4All Initiative